No Paradoxes for the Gods? 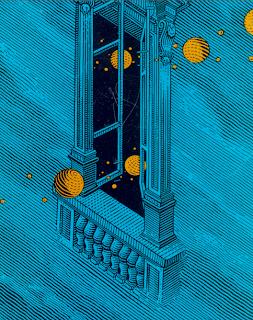 In some of my favorite places, people have been insisting the paradox of the preface is no real paradox (more here), which gets me thinking: what is a real paradox?  I like RM Sainsbury's definition--there's a paradox when apparently true premises lead by way of apparently impeccable reasoning to an apparently unacceptable conclusion--usually, an apparent contradiction.  That's a lot of "apparentlies".  Identifying paradoxes is partly a matter of human psychology--of how things seem to people. Not, maybe, to everyone (that would turn everyday fallacies into paradoxes), but at least to people well-versed in logic, epistemology, and so on.

Once you identify a paradox, the next job is to solve it.  Which means:  to show why some of those appearances are deceptive.  The premises aren't really true, or the reasoning isn't really impeccable, or the conclusion isn't really contradictory or unacceptable.  Of course, an omniscient being wouldn't first be tricked and then discover the trick.  To God there are no paradoxes.  Right?  Well...roughly. (If there are counterexamples, it's going to be very, very tricky to say how and why.)


Recognizing his own fallibility, the author writes in the preface, with all sincerity, "Though I believe everything I've written, no doubt this book contains mistakes (for which I apologize." He believes each of the statements in the book, yet also believes that at least one of them is false, which is close to believing a contradiction; yet his position seems both modest and rational. The paradox stems from the fact that it cannot be rational to believe a contradiction. (from the Oxford Companion to Philosophy)

What really sustains a paradox is people working on it and offering conflicting solutions.  It's when you realize there are ten different views on what's wrong with the reasoning in the paradox of the preface that you really start to feel like you're in the presence of a paradox.  All alone in your head, convinced of your own favorite solution, it may seem like there's nothing puzzling here at all.

Which makes me think there's something singularly human about paradox.  For a solitary god who can't be fooled by appearances, and who has no one to argue with, there aren't any paradoxes. Or at least (I'm thinking of the liar's paradox and a few others) there are very few.

The lack of response to your reflexions about paradoxes compared to the mass outrage over
the use of paradox in the name of religion in some of your favorite places shows to what extent the best minds of our generation are motivated by intellectual speculation or by the glee of bashing someone who disagrees with them.

Everybody who reads my blog is at a Memorial Day parade right now--obviously. Or barbecuing tofu. I'll find somebody to bash with glee and then I'll get to have lots of comments too.

Couldn't the paradox come from the fact that one can reach a true conclusion from false premmises or from false evidence? Thus, my central idea, say, that God is an atheist, may be true, but the evidence that I use to support my case may be false.

I'm trying to make sense of this in everyday, psychological terms, if that is permissable.
For instance, you undoubtedly are certain that the message or thesis of Animalkind is true, that the book as a totality is true, but you probably would admit that the book may contain some factual errors, perhaps because some of the scientific research which you employ in the book may become dated, as new research appears.
However, your certainty about the thesis of the book is such that you cannot imagine that new scientific research (on what ants feel, for example) could indicate that the central thesis (or theses)
are false.