Getting Meaning Out of College 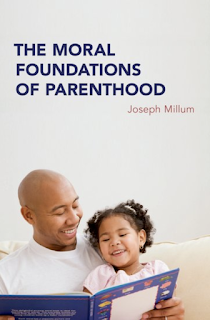 The Philosophy of Pregnancy, Birth, and Early Motherhood

I'm presenting a paper at a conference on pregnancy, birth, and early motherhood next week at the University of Southampton. Looking forward to all the talks and topics!
No comments:

Nussbaum and Levmore on Aging

My review is here.
3 comments: