A couple of months ago I decided to plant a vegetable garden with my 11-year old daughter. The Sunday we were to get started, I got a nice motivational boost from “the green issue” of the New York Times Magazine. Michael Pollan was asking an awfully good question about making an effort to reduce your CO2 emissions:

What would be the point when I know full well that halfway around the world there lives my evil twin, some carbon-footprint doppelgänger in Shanghai or Chongqing who has just bought his first car (Chinese car ownership is where ours was back in 1918), is eager to swallow every bite of meat I forswear and who’s positively itching to replace every last pound of CO2 I’m struggling no longer to emit. So what exactly would I have to show for all my trouble?

Pollan goes on to explain why planting a vegetable garden is a very good solution to this problem, for all sorts of reasons you can read about in the article. By the final paragraph, he’s swelled to an extremely inspiring conclusion:

At least in this one corner of your yard and life, you will have begun to heal the split between what you think and what you do, to commingle your identities as consumer and producer and citizen.... The single greatest lesson the garden teaches is that our relationship to the planet need not be zero-sum, and that as long as the sun still shines and people still can plan and plant, think and do, we can, if we bother to try, find ways to provide for ourselves without diminishing the world.

Cool. Off we went to the garden center to buy all the stuff needed to plant a 10’ by 10’ vegetable garden.

After my daughter did the hard work of getting 12 bags of compost to the back of the house in a wheelbarrow that kept tipping over, we started pulling weeds and digging … and soon we were headed back to the garden center. According to my husband, you don’t need a motorized rototiller to prepare a 10' by 10' bed, but I beg to differ. A couple of hours later, we had a garden bed ready for planting. We buried eight kinds of seeds with trepidation, watered, and crossed our fingers. And then of course drove back to the garden center to return the rototiller.

Now, some months later, I have come to see that it is actually necessary to pay attention to a garden, or it becomes a wild, overgrown mess. And yet...the four cucumbers that have emerged from the mess were actually very tasty. The 10 green beans weren’t bad, and I do see one or two tomatoes as a distinct possibility. But considering the ratio of inputs to outputs, my Chinese doppelganger is probably doing better than me where CO2 is concerned.

Sadly, I don’t think this enterprise has done much to “heal the split between what I think and what I do.” In fact, it’s reminded me that some of us like to think, and some of us like to do. Still, I swear on a stack of Michael Pollan’s books that next time I will not under or over water, and I will thin and weed. Maybe I will even skip the rototiller. I want to have an ethical garden, I really do 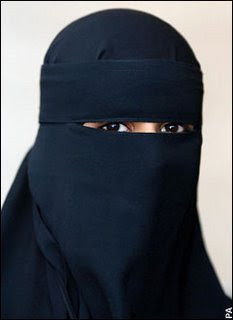