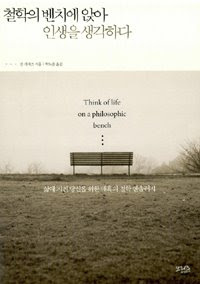 Now this is fun. Here's the cover of my book,The Weight of Things: Philosophy and the Good Life, translated into Korean, and with a new English title: Think of Life on a Philosophic Bench. Hmm! Interesting how the author has no role in this. They could have called my book Life Sucks, and I couldn't have complained.

The cover looks really nice, but would it be inappropriate to point out a difference from the Blackwell cover, to the right? That cover features a painting by the artist Caroline Jennings--to wit, a colorful panorama of life. Indeed, the book is full of colorful people, and contains only a smidgen of lonely-bench style existential angst.

Something does seem to have been lost in translation on a Korean book website. First you've got the book being translated from English to Korean. Then the Korean on the website is translated, courtesy of Google, back into English. Here's the resulting author description:

Kajejeu drink (Jean Kazez) - Arizona State University and obtained a doctorate in the philosophy of the Amnesty International Organization (emneseuti International) in the human rights movement pyeolchimyeo had a deep interest in the world of philosophical values. Philosophy at the University of Southern destroyer in the U.S. mail, and active teaching and writing and speech.

I don't mean to be picky, but...University of Southern destroyer in the U. S. mail? As for the rest...well, it really would be picky to say I went to University of Arizona, and did not study the philosophy of Amnesty International.

Truth is, I feel honored, and I appreciate the work of the book translator. 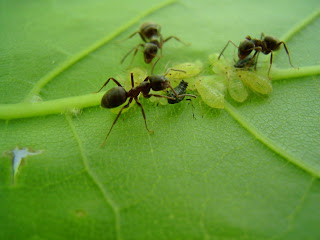