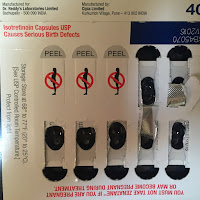 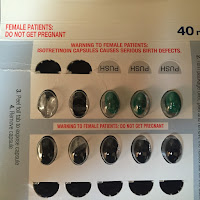 I bet somewhere in Boonin's book this response is discussed and disparaged--I will have to read the book and find out.  Truth be told, I'm sure I'd shift to some other explanation if I could be convinced that this one was wanting, because what I'm absolutely sure about is that Mary shouldn't conceive while taking Accutane.  That's what's so extremely evident, not the reasons why.
3 comments: