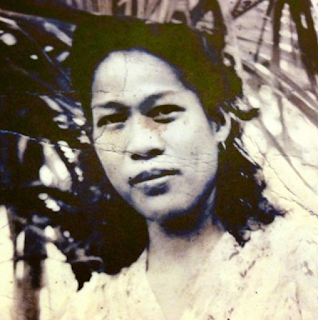 The cover story in this month's Atlantic, "My Family's Slave," raises so many interesting questions.  Over time, Lola becomes very much like a family member, but not quite, as the family doesn't bother to meet her basic needs.  The story made me wonder how we would react if Lola actually were the author's grandmother.  Would her endless labor to support the family be more acceptable and admirable, or would we just think she was a grandma-slave? What difference do family relations make?
No comments:

A Failure to Engage?

I thought the conflagration about Rebecca Tuvel's transgenderism-transracialism article was dying down--with academic norms prevailing.  The editor of Hypatia, Sally Scholz, expressed firm, unwavering support for Tuvel.  The associate editors who apologized for the article were very clearly shown to be not in a position to represent the journal.  Tuvel's colleagues expressed support for her.  Colleagues and friends rallied to her side in respected publications.  The right and the good were prevailing, I thought.

But no, the not right and the not good are back in town, in the form of this article by one of those who wrote the original letter calling on Hypatia to retract Tuvel's article. Shannon Winnubst wants to "reclaim a narrative spinning increasingly out of control." The right narrative, on her account, is one about how Tuvel's essay got published, despite its "arrogant disregard" for the relevant fields of philosophy.  Hypatia failed Tuvel, she says, by letting "subpar scholarship" be published in a "flagship journal."  It also failed the field of feminist philosophy. The community of scholars tried to help the benighted scholar at conferences, but to no avail.  Her article got published, despite not engaging in the right way with "critical race theory and trans studies."  And then, people began to be harmed, according to the associate editors at Hypatia, who apologized for "the harms that the publication of the article on transracialism has caused."

Another day, another controversy in the philosophy world.  The latest is about "In Defense of Transracialism," an article by Rebecca Tuvel, which was published in the feminist-journal Hypatia. A petition complaining about the article, signed by over 800 academics, enumerates a bunch of alleged problems with the article. The journal (or "a majority of associate editors") has apologized for publishing the article, though hasn't retracted it.

My take on the whole thing is that Tuvel's article is seen as dangerous not really because of her minor faux pas, where language is concerned, and also not really because she doesn't engage with the "right" literature, but due to "fear of modus tollens syndrome."