Are We Free? Are Animals Free? 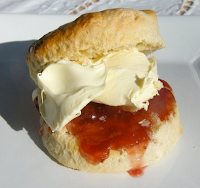 This semester I'm having my students read The Reasons of Love, a lovely and interesting book by Harry Frankfurt. This sends me back into the "stacks" to read his famous paper on free will--"Freedom of the Will and the Concept of a Person" (1971).   Here's a theory that tries to show that human beings have free will, and explain the difference between humans and animals, and explain why it's such a big deal whether or not animals are self-aware.  That's a huge issue in animal psychology, and it's a vexing question why it should be so important whether they are or they aren't.

It is in securing the conformity of his will to his second-order volitions, then, that a person exercises freedom of the will.  And it is in the discrepancy between his will and his second-order volitions, or in his awareness that their coincidence is not his own doing but only a happy chance, that a person who does not have this freedom feels its lack.

So--we humans have free will at least some of the time, and animals never, because of this difference between the way our minds work.  Since we're free, on his view, does that mean we aren't determined?  No, not necessarily. Frankfurt is a "compatibilist" because the freedom he's countenancing in humans (at their best), but not in animals, doesn't exclude determinism.  It could be that the whole history of the world, up until a nanosecond ago, made it inevitable that I would have a desire for a scone and an effective second-order desire not to satisfy it.  That would still constitute free will, and would still separate me from my cat, who can't possibly have a second order desire like that.  Calling a will free is contrasting it with the entirely first-order type of will of an animal, not contrasting it with the undetermined type of will of (perhaps) a god.

Now, it's spooky to think I inevitably had the desire for the scone and the desire not to satisfy that desire.  Thinking about it does make me feel just a bit like I'm dangling from the strings of a puppeteer.  But surely it would be very different to be an animal--if animals are that way--and not have desires about your desire at all.  To be the animal would be...well, less free!  And also less responsible.  It does seem as if my having second order desires makes me more to blame, if I scarf the scone, than my cat is if he gets into the catfood bag and has more kibble.  I'm configured so as to be able to manage my first order desires, and my cat isn't.

Yes, one way of feeling free is by successfully managing your first order desires.  But another way is by having especially novel and ambitious second order desires.  You read Peter Singer's Animal Liberation, and start wanting to stop wanting to eat meat; or you read his famous article "Famine, Affluence, and Morality," and start wanting to stop wanting new clothes.  The more ambitious your second order desires, the less likely you are to be able to control your first order desires.  But does diminishment of control really, necessarily, make for less freedom?   Not really.  Just one part of being free is taming your first order desires; another part is being able to think for yourself, instead of conforming to what you've always thought, or your friends and family think.  There is freedom in sheer reflectiveness about how to live your life, even if you're not effective at implementing your new and revised life plan.

As for animals-- Is it really true that animals can't have second order desires? I'm not convinced the mirror self-recognition test effectively tests for all important kinds of self-awareness.  When a dog wants to rush across the road after a squirrel, wags his tail wildly, wrinkles his brow, whimpers, and jumps around, but stays put in obedience to his human, is it possible that he's focusing on the squirrel and his human, but also on his own agitated desire?  Is it a sure thing that he has no second order desires?

So what's the score?  The sort of freedom Frankfurt is talking about strikes me as both real and important.  But there's another kind--reflectively adopting some new set of second order desires.   It doesn't seem 100% clear that animals never have any second order desires, but they certainly don't seem to reflectively break from the past to form new ones.

Do animals even know what freedom is ?

I always wonder not so much about self-control, but about creativity.

Was Beethoven's 9th Symphony really determined by the order of the universe, were the complete works of Shakespeare or Plato? The creative process is so complex that it seems to allow for what we call free will.