Now here's something really fun from Mark Johnston's book Surviving Death: the Hibernators (chapter 4). This is a tribe of humans with an unusual brain chemistry. They stay awake for 9 months out of the year and sleep for the winter months, preparing for "the great awakening" by leaving themselves all sorts of provisions and instructions. They also have an unusual understanding of personal identity.

You see, they believe that the persons who wake up are not the same as the persons who fell asleep. They think sleep is akin to death, and waking up is birth. So in retrospect, the Sally who wakes up thinks of herself as Sally2, an entirely different person from Sally1, who fell asleep. Johnston argues that "there are no independent justifiers that settle the appropriate lineaments of personal identity" (p. 267) so it's impossible to say the Hibernators are mistaken.

Are the Hibernators mistaken? That's the $64,000 question, and I suspect they are, but a preliminary question occurs to me. How could a society sustain this odd view of personal identity--what else would they have to believe? I think we need the help of Hollywood here. So imagine: coming soon, to a theater near you, THE HIBERNATORS (with Tom Cruise and Cameron Diaz). 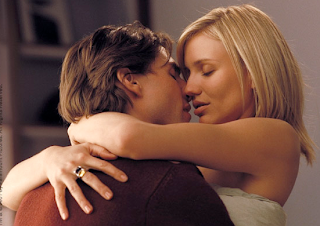 The Hibernators are going to have to have many thoughts that we lack, because they are going to notice connections between Sally1 and Sally2 (both played by Diaz), and Don1 and Don2 (both played by Cruise), etc, that are missing between other pairs of people. After all, Sally2 is going to remember the experiences of Sally1, but not other people's experiences. Sally1 is going to know that she has power over Sally2's future that she doesn't have over other people's futures. If Sally1 learns to ride a motorcycle, Sally2 will wake up knowing how to ride a motorcycle. To account for this, they'll inevitably have to have a concept of relatedness that we lack. The Hibernators will think of Sally1 and Sally2 (and all the other Sallies down the line) as (shall we say?) zisters, and Don1 and Don2 (etc) as zothers.  Ziblings are very, very unlike other pairs of different people--like you and me, for example.

The exciting question of the movie is whether the Hibernators will go on like this forever. After much sleuthing around and of course a painstaking reading of the personal identity literature (cinematically exciting, to be sure--and this is where the good looks of our stars will come in handy), will Cameron (perhaps) say "Oh my God, that was me!" about her earlier zisters, and throw the concepts of zisterhood and zotherhood into the flames?

I suspect that the Hibernators' view of personal identity is not sustainable, and that this is (somehow or other) revealing.

But what if hibernation involves some substantial change in dispositions or memories, a sort of extended dreaming that rewires the brain, so that when they wake up they're sufficiently different that they don't get the suspicions you describe? They'd still be very similar, but then parents and children are very similar. They could also receive some weird facial scar or alteration while asleep, or whatever.