A Second Child or 75 More Years? 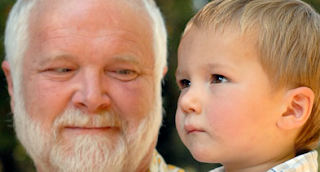 A New York Times article yesterday featured the new field of anti-age medicine.  Primarily the goal seems to be for patients to feel and look young in the final decades of life, rather than (necessarily) to add years to their lives, but there are those who think medicine ought to look for ways to add years.  For example, here's ethicist Julian Savulescu on the subject:


Anti-aging research is scandalously under-funded.  In the US, a vast proportion of the funding doled out by the National Institute of Aging is given to research on Alzheimer's disease. According to one estimate (from circa 2004), only about 0.02% of the money spent by the National Institutes of Health (of which the NIA is part) is spent on fundamental aging research. I think funding ought to be perhaps 1,000 times greater. Even if we only hastened progress to a cure for aging by one year, that is brought it forward by one year, that’s about 30 million lives saved. Every year we delay finding a cure, 30 million people die.

But, just for fun, let's think about this.  Fast forward a couple of hundred years to a time when children aren't dying.  All the more urgent problems have been solved.   There is prosperity everywhere.   One of the ways this has been achieved is that people have learned to limit reproduction.  So the world's population holds constant at 10 billion, year after year.

Researchers are on track to find a cure for aging that will double average lifespan.  The only hitch is that to hold resource use constant, people will have to trade children for years of life. So--the research can be stopped, so people continuing living on average 75 years and having 2 children.  Or it can continue, with the eventually result being that people live on average 150 years and have 1 child.

Just to remove possible distractions, pretend the anti-aging drug won't be available for another 100 years, so the researchers themselves won't be beneficiaries.  Nor do they have any duties to existing people to create or not create the drug.  Which future should they aim for,  "150/1" or business as usual--"75/2"?

I'm reading an article by Russell Blackford that discusses this choice (Journal of Medical Ethics 2009), which was explored in a 1991 article by Peter Singer.  To stay on the same page with them, let's also stipulate that in 150/1, fertility will continue a little later into life, so that people can have that one child at about age 50. Furthermore, in the second 75 years, people will retain the health, appearance, and vigor they had in their 60s and 70s. Otherwise, none of the basic facts of life are different in 150/1.

There are lots of things that bear on which scenario is better overall, but one is which life is better, a 150/1 life or a 75/2 life.  What do you think?  Imagine you're age 30 and you have one child. You're given the choice between having a second child and having your expected life span changed from 75 to 150.  Which would you choose?

More on what Singer and Blackford say later in the week...

What will be the physical status of the people with extended ages?

How does the aging progression work?

Never mind I got it:

"Furthermore, in the second 75 years, people will retain the health, appearance, and vigor they had in their 60s and 70s. Otherwise, none of the basic facts of life are different in 150/1."

OK these are my reactions:

1. Plenty of people don't have much vigor in their 70s. So it's wierd to think about. There is so much variability in health in the 60s and 70s. When I think of a 30-50 year old things are really straight forward. after 60 it can get random. So it's odd to try to use it as a baseline of "health, appearance, and vigor."

2. This is one of those thought experiments that sets off my alarm bells. Better? I'm indifferent. It seems mostly a matter of taste to me.

3. I don't know much about Blackford, other than he loves him some atheism. But based on what know about singer, I would be very suprised if he favors the second not-yet-existing child over the already-existing old people. So will I be suprised? I'm intrigued to find out.

The real question is can we forgo the extra child and live forever? :)

Yes, correct. Singer will think that the better world is 150/1 based on the limited information presented.

But like I said, I'm ready to be educated! I'm not an expert on the intracacies of Singer.

The whole things feels fishy to me. Like I'm playing blackjack and the dealer keeps looking at the pit boss.

This is getting more and more fun. I will turn over the cards later on.

Like abortion, the decision is best left for the potential parent. If I'm to decide about my own ability to live forever or increase family size, there's no problem. To have some kind of government decree that we must all give up half our lives to double the number kids is outrageous.

Margaret Mead may not have said anything about life span, but she did say that marriage for life was a custom developed when no one lived past 50, that's it's not such a good idea any more, and that at least there should be an option to renew (or not) those vows after 25 years. Such was the expected length of marriage when we didn't live so long

rtk, Yes, choice vs. gov't decree is an important issue. I swept it under the rug for simplicity.

Re: marriage. It's one thing to marry for 50+ years,to age 75, but will we want to stay married to the same person for another 75 years? Yikes! If not, then we'd better contemplate what "the dating life" would be like for 125 year olds.

A side issue: suppose a significant number of people did't have children (as is happening now). If we did't want the population to fall dramatically over one generation, we'd need a lot of people to sacrifice the extra years and make up the shortfall. Perhaps we'd need some sort of social pressure or incentive to make sure as many people as possible had that one child. The choice to be childless would have greater ramifications than it has at the moment.