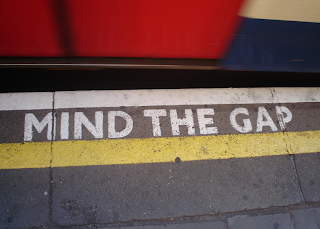 Tim Crane's essay at The Stone on Sunday starts well enough.   Believing in God is nothing like believing in a scientific theory--there isn't the careful theory construction and amassing of evidence that science involves.  He goes on to say that religious belief is nevertheless belief in facts--Christians believe that Jesus rose from the dead in reality, not in some figurative sense.  (And Jews believe God really chose them, etc. etc.)

Part of Crane's argument that religion isn't science seems to be that religious people don't worry about the gap between what religion leads them to expect and what actually happens.  When there's a gap, the "religions mind" says "it's a mystery."


Taken as hypotheses, religious claims do very badly: they are ad hoc, they are arbitrary, they rarely make predictions and when they do they almost never come true. Yet the striking fact is that it does not worry Christians when this happens. In the gospels Jesus predicts the end of the world and the coming of the kingdom of God. It does not worry believers that Jesus was wrong (even if it causes theologians to reinterpret what is meant by ‘the kingdom of God’). If Jesus was framing something like a scientific hypothesis, then it should worry them. Critics of religion might say that this just shows the manifest irrationality of religion. But what it suggests to me is that that something else is going on, other than hypothesis formation.

Religious belief tolerates a high degree of mystery and ignorance in its understanding of the world. When the devout pray, and their prayers are not answered, they do not take this as evidence which has to be weighed alongside all the other evidence that prayer is effective. They feel no obligation whatsoever to weigh the evidence. If God does not answer their prayers, well, there must be some explanation of this, even though we may never know it. Why do people suffer if an omnipotent God loves them? Many complex answers have been offered, but in the end they come down to this: it’s a mystery.

Two problems here.  I don't think it's really essential to "the religious mind" to be unbothered by "the religion/reality gap."  Here's Elie Wiesel writing about "the gap" in Night:


Never shall I forget that night, the first night in camp, that turned my life into one long night seven times sealed.

Never shall I forget that smoke.

Never shall I forget the small faces of the children whose bodies I saw transformed into smoke under a silent sky.

Never shall I forget those flames that consumed my faith forever.

Never shall I forget the nocturnal silence that deprived me for all eternity of the desire to live.

Never shall I forget those moments that murdered my God and my soul and turned my dreams to ashes.

Never shall I forget those things, even were I condemned to live as long as God Himself.

I suspect the early Christians were surprised to find the end was not as nigh as Jesus had said--and they struggled with it, some redefining the tenets of the faith and some probably leaving it altogether. Throughout history there have been believers who were troubled or even tormented by the failure of the world to conform to religiously formed expectations. They kept believing or they didn't, but there was no complacent acceptance that "it's a mystery."

The concern for religious expectation to match what really happens makes sense if religion is simply in the business of stating facts; that isn't the mark of science, and only science. You're not "doing science" when you form the belief that your husband is faithful, but you're likely to be sensitive to any gap that might develop between the theory and later evidence. You're not doing science when you sit on a jury, and yet you do try to figure out if the prosecution's theory is correct; or when you read the newspaper you're not doing science, but you do try to evaluate whether the evidence supports the government's claims about the economy, the pretext for war, or whatnot.

Since religious belief is "factual" in nature, it's to be expected that religious people do care about the religion-reality match or lack of match. What's puzzling is that they don't always--yes, there are certainly some believers who fall back comfortably on their own ignorance or God's mysterious ways. I suspect that's because of something else Crane talks about--the meaning-making function of religion. It's not easy to jettison a set of ideas that so powerfully unites people in an all-encompassing view about reality, morality, mortality, life's purpose, etc.

I've never been religious myself and so I can't claim to say how the mind of a religious person functions.

It would be interesting to dialogue with religious people, without their or our usual defense mechanisms, about how their mind works, when it comes to religious topics. It's not easy to do, since for justifiable and not so justifiable reasons, religious people get defensive when an atheist asks them how they justify often contradictory claims or claims that don't make much sense, given scientific theories.

I once had a job teaching English to a group of monks, who worked educating poor children. After a while, I sensed that their religious vocation was a pretext for their real commitment to helping the poor, so I began to question them about their beliefs.


Did they go to mass every day?
No, they didn't.


What about this stuff about Jesus being born to a virgin?
It's a metaphor.


How about the wine turning into the blood of Jesus in the mass?
Another metaphor.


I left that day thinking that I had opened a genuine dialogue with the monks. However, a few days later I received a phone call from the head monk, discontinuing the classes for unspecified reasons.

mmmk... we're not doing science when we question the existence of God.... We're doing philosophy. Does that make it any less or more obvious that God doesn't exist?

The logical rigor applied to the "my husband is faithful" claim is the same as to the idea that God exists. If I can reason to it, with or without good evidence, and my reasoning isn't flawed, then why can't I say my husband is cheating on me?

I can't in the case of the husband, but I can seem to say that when it comes to God.