The Green and the Grey 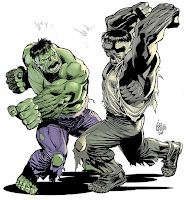 Green Anti-natalists think we should hold back from having a child for environmental reasons.  They think the world population has to shrink, or human life (and all of life) in the far future will be threatened. On the other side of the coin, Grey Pro-natalists see supporting the elderly as one of the reasons people ought to have children.  Saul Smilansky makes the Grey argument in the interesting  article "Is There an Obligation to Have Children?" as does Bryan Caplan in Selfish Reasons to Have Children (he doesn't think all the good reasons to have children are selfish reasons).

It seems obvious that if the population shrinks, older people will pretty quickly start being deprived of social, financial, medical (etc) benefits.  It's very hard to see how you can get around the fact that 10 people can provide better support for 10 people than can 5 or 2.  What technologies or innovations could possibly come along and change something so basic?

It seems equally obvious that after another 200 years, if the population doesn't shrink, earth's resources will have been more and more depleted, and horrific amounts of despoiling "junk" will have been generated ... but all that's techology-dependent, and not so obvious and basic.  Imagine someone in 1800 predicting the terrible congestion of horses and carriages there would be by 2000, because the population was growing.  More people, so more horses!  Only no, because "more people, more horses" isn't a basic law, and isn't true.  New technology made it possible for there to be more people and fewer horses.

Well you've not explicitly alluded to "cornucopian" theory but since it is entirely germane to you question here let me recommend these 3 tightly interlinked Wikki posts on Julian Simon's cornucopian theory that people are the "the ultimate resource" and that the Greens are therefore wrong:

Never heard of it--blush. Thanks for all the links.

Relatively narrow personal reasons will determine the decisions of most people about having (or not having) children, so Green anti-natalism is unlikely to have much effect overall, regardless of its merits. In any case, its merits are questionable: reproductive rates have been rapidly falling in most countries, as women gain more opportunities in life and as social-safety nets are put in place. In that sense, the problem of population growth has already been solved.

Aeolus, I think you're right about "narrow personal reasons" but what I'm wondering is whether IF IF IF someone got a green reason against procreation into their head (and some do), it would make sense for it to be canceled by a grey reason in favor of procreation. I know--the whole thing is a bit unrealistic, given the thought process most people really go through before they have children. Yes--green reasons aren't really going to make a lot of people green. It's all the other stuff you talk about that's bringing down rates of reproduction. On the other hand, when people talk about this stuff (especially online) you hear a lot of green reasoning.

The problem I have with the grey argument is that it takes away the responsibility from the individual to be self-sufficient.

(I'm really not opposed to helping the elderly.... Really. I just think the way the debate/question was phrased in your blog post... to have children for the grey... is rather revolting.)

I'm really not saying anyone should have children "for the grey"--I'm just wondering if green considerations that militate against having children are canceled out by grey considerations in favor. So it's the relationship between the two considerations I'm after.

But as to self-sufficiency...people start out dependent and in need of caregivers, and they really do return to the same state of dependency. Elderly people really do have to have sufficient doctors, nurses, physical therapists, home health attendants, etc., and these are going to have to be younger people. So it really is a problem if a population shrinks dramatically, and there are for more 80 year olds than 50 year olds. I'm not saying anyone should have kids just to avoid that problem, but it could be a consideration that reasonably counteracts green reasons against having children.

You would need a younger population to care for the older population eventually, but one youthful person can care for several elderly at a time. So we could still have population reduction, and see a similar quality of care for the elderly. We would have to watch for a reverse baby boomer effect... all the people entering the workforce to care for the elderly, will have no work once the baby boomers die. I'm always weary when I hear about students going into nursing... sure there is a great demand now... But in 15-20 years, whats going to happen to their jobs?

Maybe John Hardwig is right, and we have a duty to die when we get older... http://www.bbc.co.uk/ethics/euthanasia/overview/duty.shtml

Prof. Kazez, I think the post discussion holds the two camps' views to different standards. To defend the Greys, you're satisfied to assert that a shrinking population means less support for the elderly. (Seems true, although there's also no rule that says 2 folks people are necessarily *incapable* of caring for 10 elderly folks---we know it's possible.)

OTOH, to defend the Greens, you suggest it's necessary to assert that if the population doesn't shrink, the earth will enter a "depleted," "horrific" state. But instead, why can't a Green simply say,

"It's very hard to see how you can get around the fact that 10 people place more strain on the environment, and leave less room for wild flourishing, than do 5 or 2. What technologies or innovations could possibly come along and change something so basic?"

Put this way, I think we can see that both views have merit, and the different values at stake can be weighed on a bit more equal terms.