My kids are loafing around this summer, not attending philosophy summer camp.  But what if they were?  I suggest these as two nice questions they could be exploring instead of watching You Tube videos:


The Color of Water 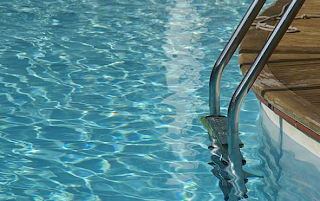 Look at the pool--any philosophy summer camp will surely have one.  The water is blue, right?  Guess what?  The sides of the pool are actually white. Notice also that the blue of the pool is not the same as the blue of the sky. Take some water out in clear glasses.  Good heavens, it's not blue!  So what color is the pool water, really?   Before you say it's not blue, do think a bit about watermelon. Any fool knows it's red--really red.  But if you chop it into small enough pieces, it won't be red. So...is the water in the pool blue or not blue? 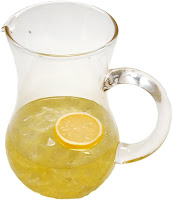 I give myself an A!

Wrong, I don't know, but cultivating good relations with one's neighbor seems to outweigh making a profit, when there is no pressing need, as seems to be the case here. We're not talking about children in Ethiopia, I assume, but comfortable middle class children, for whom selling lemonade is not an economic necessity.

On the second example, this is a classic example of a pecuniary externality, which is extensively discussed in courses on welfare economics. The entry of the 2nd lemonade stand lowers lemonade prices, hurting lemonade sellers and helping lemondade buyers. If we equally weight pecuniary gains and losses to both groups, there is no net external benefit or cost of the entry. If we instead weight the different groups differently, there might be a net social gain or loss. Therefore, from an economist's point of view, there is no reason to prevent this from an efficiency point of view. From an efficiency perspective, there is a gain to the entrant, so the entrant should be allowed. However, whether this is so is not as clear if we allow unequal distributional weights.