I Shouldn't but I Will 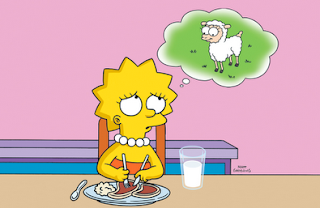 This post is so interesting I have to quote it at length. It's from Eric Schwitzgebel's always interesting blog The Splintered Mind.


Regular readers may recall that in 2009 Josh Rust and I surveyed several hundred philosophers and non-philosophers on their opinions about various moral issues; we also asked survey respondents to describe their own behavior on those same issues. Some preliminary results of the study are here, here, here, here, here, and here.

The biggest divergences in moral opinion concerned our question about "regularly eating the meat of mammals such as beef and pork". 60% of ethics professor respondents rated mammal-meat consumption as morally bad, compared to 45% of non-ethicist philosophers and just 19% of non-philosophers. Opinion also divided by gender and age. Women were about 1.5 times as likely to condemn mammal-meat consumption (55% of women rated it bad vs. 37% of men). There was a similar shift of opinion with age: 55% of respondents born in 1960 or later condemned mammal-meat consumption, compared to 35% born before 1960. One might expect a compound effect for young female philosophers, and indeed it was so: Fully 81% of female philosophers born in 1960 or later said it was morally bad to regularly eat the meat of mammals.....

People often do things they think are a little morally bad. For example, I think eating meat is slightly morally bad (on par with driving a gas-guzzling car or being somewhat neglectful of emails from undergraduates), and yet for lunch today I had a salami sandwich. Apparently, a substantial proportion of young female philosophers think and act as I do: 38% of them reported having eaten the meat of a mammal at their previous evening meal -- a rate not statistically different from the 39% reported rate among respondents overall. (Caveat: The total number of female philosopher repondents born 1960 or later was small -- twenty-six -- so the exact percentage should be interpreted cautiously.) Similarly, despite the difference in normative view, there was no statistically detectable difference in the mean age of respondents who said they had eaten the meat of a mammal at their previous evening's meal: mean birth year 1954.3 for those who said they had vs. 1955.1 for those who said they hadn't.

Our survey doesn't call into doubt the relationship between normative ethical view about meat-eating and strict vegetarianism: 78% of those who reported that they never eat mammal meat said eating mammal meat is bad, compared to 32% of those who reported sometimes eating meat. However, it seems that among non-vegetarians there is little if any relationship between normative ethical view and actual meat consumption: If you don't think eating meat is bad enough to warrant strict vegetarianism, but you still think it's somewhat bad, you're just as likely as anyone else, it seems, to have a salami sandwich for lunch. Conscience and behavior go separate ways.

Many interesting things.  The majority of ethics professors disapprove of eating mammals.  Second, a whopping 81% of female philosophers born in 1960 or later (the under 50 FPs) disapprove.  Wow!  But equally surprising, "conscience and behavior go separate ways."  The under 50 FPs eat mammals as much as anyone else in the survey.

Here's the possibility I think we should take seriously.  There are many people (the under 50 FPs and others)  who do believe eating mammals is seriously bad, yet have a very difficult time giving it up.  I have encountered a lot of people like that in my Animal Rights class.  There's further confirmation in a study that shows that 42% of animal activists are not vegetarians.  These people very likely think that eating mammals is more (or even much more) than slightly morally bad.

If many people eat mammals but think it's seriously bad, what's going on?  Well, mammals taste good. But I suspect there's a bit more to it.  Experimental evidence needed!

Footnote.  In case anyone's worried about this, presumably Schwitzgebel is using eating mammals as merely a test case whereby to explore relationships between moral beliefs and behavior. He doesn't really mean to suggest that anyone's a strict vegetarian simply because they don't eat mammals.