Reader, I Bought It 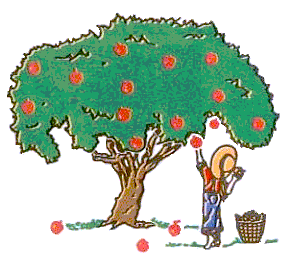 People rarely travelled farther than one can on a bicycle or on foot until just 200 years ago, when the railroad was invented. Those local folks did great philosophy (how far did Kant or Spinoza travel?) and wrote great music (think of Bach). Their life had fewer distractions, so they could concentrate on what matters, not on what the media feed us. As to not having children, well, fewer would be better.

Amos, There was tons of world-wide trade 200 years. People road horses and got on boats. For example, they got on boats to America. Kant read books written in other countries, Bach was inspired by ideas from other countries. Their lifestyle depended on resources that came from destroying forests and wiping out species. They didn't live a green and local life any more than we do.

Jean: A very small percentage of the population got on boats and traveled to America 200 years ago.
For example, the fact that De Toqueville (spelling?) actually traveled to America was worth writing a book. Not everyone owned horses: the poor certainly did not have horses. Travel and trade were risky, and the volume of international trade was a fraction of what it is today, when most of the products that you buy are imported. Have you ever read Montaigne (16th century) about his trip from France to Italy? They went on horseback, took days to travel the distance that one does in a morning in a car, and were afraid of animals and of robbers: to travel from France to Italy was an expedition that only a rich man like Montaigne could afford, obviously with a whole caravan of people to protect him. They led a much greener life than we do, as is evident from the increase in carbon emissions in the last two hundred years. As to books, yes, they did buy books written in other countries, but buying a book was a big event. I have a list of the books found in Spinoza's library at his death, a list drawn up for
his heirs. All serious books, classics, nothing like the instant book you review in your post: they did not cut down trees to produce pop books, books that exist only to fill one's shopping cart and which are forgotten two days after one reads them. I agree with you that it's impossible to go backwards, to turn back the clock. It's also evident that technology has brought lots of benefits to humanity. Still, we have lost some things too. I have the sense that contemporary life has too many distractions, leaves people few opportunity to be alone with oneself, and being alone with oneself is a necessary, although not sufficient, condition for great art or great books.

200 years ago people in Europe were drinking tea from China, playing the piano on keys made of elephant tusks from Africa, traveling long distances not often, but as needed. It's all just a matter of degree. No, they weren't eating grapes from Chile like I am, but they weren't living "the local life." If you really, seriously live the local life you will have extremely limited options. There will be few things to eat, read, do. I think that's lovely for a two week holiday, not lovely as a way of life.

Jean: I'm chatting with you on internet. It would be the height of hypocrisy and lack of self-awareness to renounce technology as I type on my keyboard. I'm not an advocate of the local life; it's not an option in today's world, except perhaps for some wealthy people who want to play at dropping out while their trust funds (which don't drop out)pay the bills. And we all know that those who laud the local life will
jet to the best hospital on earth if they have chest pains. However, the percentage of people in Europe who drank imported tea and who owned pianos two hundred years ago was minimal;
most Europeans and most Latin Americans 200 years ago never travelled more than 100 miles from where they lived in their life.
Only the richest people benefitted from the world market 200 years ago. And while I'm as distracted as the next person, while I click on stories about Tiger Woods and about Sarkozy's marriage, I recognize that distraction is distraction, the junk food of the mind.

Tea drinking wasn't common 200 years ago? That surprises me. In any event, I don't think the source of goods has much to do with multitasking and distraction. If I order a book from amazon and drink tea from China, I can sit down and concentrate just as well as I can if I'm working in my garden. Probably even better, because honestly I find reading a book more riveting.

http://en.wikipedia.org/wiki/Tea
According to Wikipedia, by 1750
tea had become the national drink in England, which means that you're probably right about tea drinking being common 200 years ago. My doubts about tea drinking being widespread come from the incredible povery in which most people lived 200 years ago. Read Marx, whose descriptions of working class conditions (less than 200 years ago) come from British goverment sources: the working class in England during the industrial revolution did not have much money to spend on tea. Maybe you have greater powers of concentration than I do, but high-tech living distracts me: I found it easier to sit down and read long, serious books before the computer arrived. As a matter of fact, I once spent a summer in a cabin, without electricity, where I needed to chop wood to cook and to heat water, and my reading list that summer was impressive, including Being and Nothingness.

But back to Lierre Keith... Thanks for the review. Some people are putting up a website to examine/rebut her arguments in a rational (no pies) manner:
http://www.vegetarianmyth.com/

I haven't read the book myself, but I understand she is a "primitivist", who ardently desires the end of civilization. Here are some quotations from an interview:
http://www.inthewake.org/keith1.html

On bringing down computer and communications networks:
"But anyone who wanted to attempt this would have to approach it like a war, like a serious resistance movement. Hitting Weyerhaeuser's computers once might be fun for a day or two, but it's not going to have any long term effect. But a coordinated effort of attacks against the electric grid, the biggest financial markets, and a list of the worst environmental offenders would. It would require planning, discipline, and tremendous self-sacrifice on the part of activists. But it could be done. It would create social upheaval and possibly civil unrest. The average American city has enough food to last 13 days. Economies would have to go local again, and fast."

"It's not useless to take down that cell phone tower if I know that tonight five hundred other people are doing the same thing."

On dealing with sexual predators:
"Vast numbers of men are predators, and the looming industrial collapse and civic chaos are going to provide them with more opportunities to act like it. Perpetrators don't change. No form of therapy or rehabilitation makes a dent in their sociopath entitlement. So to put it bluntly: shoot them. When the bullets run out, I've got two more words: long bow. The long bow is such a lethal weapon that the church tried to ban its use in the middle ages. ... Bullets are available now. Why are we accepting the unacceptable? We know who they are because they're already preying on us. And yeah, every perpetrator is someone's son, someone's father, someone's Mister Special. Get over it. Every perpetrator has to be stopped."

From the quotes, Keith doesn't seem too bright to me. You knock out internet, and a lot of critical patients are going to die fast. You knock out cell-phones, and victims of sexual predators aren't going to be able to call the police. A long-bow against a pistol will lose. In a state of anarchy, without police, without internet, the losers will be the weak, the old, and the very young.
Here in Chile, after the recent earthquake, all communications went down: we went "local": result, looting and sexual predators on a holiday, the strong grabbing food, TV sets, the weak being at their mercy. In 13 days of being "local", obviously no one is going to be able to grow food: probable result, the strong, that is, young males, will eat the weak, children, women, etc.

Taylor, Wow, what quotes! I looked around for a site answering her points one by one, because somebody needs to do that. I shall go have a look... At first I was going to attempt some point-by-point refuting myself, but then I started thinking this was a serious waste of my time. Yes, a primitivist. I don't think that's the kind of environmentalism the world really needs.

As you probably already have discovered her blog isn't functioning, but there is an email address in her website. Maybe you can invite her to answer you in this blog. Feel free to delete my comment at 1:37 P.M above.

Most authors find out on their own what people are saying about them online and choose whether to respond or not respond. Sometimes it's profitable to have a conversation, sometimes not.

I finally read the whole interview
with Ms. Keith. She seems like a very sensitive, intelligent woman, who has probably had some horrible experiences and believes that those horrible experiences occur more frequently than they actually do. I find it difficult to dislike her. In fact, Ms Keith, if you read this, I no longer find you to be "not so bright," as I mistakenly said above.

Woha. That's too rich for my blood.

She kinda reminds me of my college days.

Anyone who ruminates: "one of my favorite Andrea Dworkin quotes..." is someone I would be inclined to avoid.

So Lierre Keith believes that "Apple trees want us to eat their apples, and want us to defecate on the ground, so that the seeds can become new apple trees."

If that's what she thinks then evidently she has not tried growing apples from seed :)