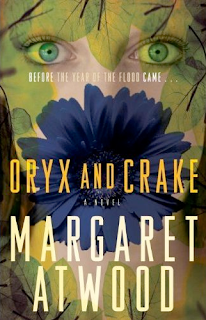 Suppose that animals were legally persons and every cow, dog, rat, etc., qualified for basic rights--essentially the right to life, liberty, and the pursuit of happiness.  You would no longer be able to buy and sell animals, lock them up in zoos, kill them for food, experiment on them, etc.  You can look at the arguments for giving them that status, and you may just find them convincing, but to start desiring that world, and really aiming for it, you've got to be able to imagine it.  What all would be going on in a place like that?  How would every day life be affected?

Enter, fiction. Unforutnately, I can't think of a novel that imagines what needs to be imagined--a world where animals are just "out there" in the wild, and not in our houses or grazing in pastures, or trapped in cages and stalls.  A world where squirrels are reclassified as persons, so roadkill is not a laughing matter.  In all the animal-elevating novels I can think of,  the animals are not elevated in status as animals.  They're Disneyfied --human on the inside, animals only on the outside.  I can't think of a novel where genuine animals are treated as persons.

What we need is something along the lines of Margaret Atwood's novels Oryx and Crake and The Year of the Flood (parts I and II of a trilogy, and both excellent), which vividly imagine distortions to the world of animals wrought by environmental disaster and biotechnology.  The normal species have gone extinct.  All sorts of new life forms have been genetically engineered for fun and profit.  There are rakunks (raccoon/skunks) and pigoons (pigs used to grow replacement organs for human beings).  Mo'hairs have long tresses in multiple colors that can be harvested for human use.  Apparently livestock have largely disappeared.  There are headless chickens that yield chicken flesh without any suffering, and "real" burgers of very scary, mixed provenance, but mostly people eat a lot of soy pseudo-meat.  If you wanted to think vividly about whether we should engineer new animal forms, it would be a very good idea to first read these books. 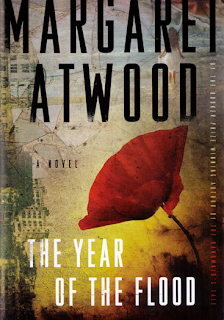 But what should we read before we decide whether to reclassify all animals as persons?  We really do need something.  We can philosophize about whether that's the right thing to do,  but I really think the imagination has to play a role when we make up our minds about what to do, how to live, how to reconfigure the world.  If we can't picture a future and tell coherent stories about it, then--hold on!--we shouldn't be aiming for it.  So...

Wanted:  a novel or movie with animals (real animals, not talking animals) elevated to the status of personhood.  No need to go to extremes--those who want personhood for animals aren't saying they ought to be able to vote or enroll in public school or receive medicare.  They're saying they should be legally protected from death, torture, and confinement.  I'd like to read a good, vivid novel about a society in which that has come to pass.  If you know of one, pray tell.

Novels about utopias don't work well. Orwell's 1984 and Animal Farm are classics, while the scores of novels celebrating a society without classes and without exploitation are forgotten. While I can imagine a society where there are more vegetarians and where the excesses of factory farming are regulated, it's hard to imagine one where animals have the status of personhood, just as it's hard to imagine one where persons are treated as ends, never as means. Human beings are thoughtless and cruel. After being hit (without great damage) by a car the other day and witnessing the driver's utter indifference (until I threatened to call the police), it's impossible to imagine the majority of people caring whether squirrels
are run over or not. I would wager that people who are concerned about other people, that is, about people whom they do not know personally, in general coincide with those who are concerned about the welfare of animals.

Jean, at the risk of a spoiler, a novel that comes close to what you suggest is possibly Sherri S. Tepper's The Family Tree.

It's a spoiler, because at first I thought two separate stories were being interwoven. When Tepper reveals her hand, I was gobsmacked.

cg4, Thanks for the suggestion. That's a tantalizing description.

Amos, I'm not sure that a novel like this would be utopian or dystopian. That's just the problem--I can't fill in the details so I know which it would be. That's what I want from a good novelist.

Utopias tend to convert themselves into dysutopias: good ideas and the idea of the good often become the flags of the wrong people, from the early Christians to the French revolution to Marxist classless societies. It's not an inevitable process, I'm sure, but it does seem to recur. The new atheism produced some worthwhile books, but I'd prefer living in a society ruled by the lukewarm, hypocritical Christians who generally rule us than one ruled by movement atheists, even though the new atheists have more mental clarity on so many issues. I'm sure that you've already seen this, but for those who haven't, here's an op ed on animal rights from the New York Times.
http://www.nytimes.com/2009/11/22/opinion/22steiner.html?pagewanted=all

(Hi - longtime reader and fan, but first comment)
Would a society of unconfined, self-determined animals be something like a jungle? There are quite a few books about humans living in jungles (although obviously the actual "Jungle Book" wouldn't qualify, being one of the ultimate 'talking animals' books).

One thing I find unpersuasive about 'talking animals' stories is that they actually do show animals of different species as members of a single society, or as a sort of United Nations of groups who may be different but still get on harmoniously. ("The Jungle Book" again, frinstance.) In nature this seems to be the exception rather than the rule.

(Sorry to post again and at length, but it's a fascinating topic you've started here)

Some stray thoughts:
Would the animals in this society be expected to abide by any rules? Would they have any responsibilities? It might sound silly, but then humans often set up such relationships with animals - with dogs, for example. Then again, these involve first establishing a kind of dominance relationship, with a human as "top dog". Would this still be acceptable?
(There's a wonderful non-fiction book called "Adam's Task: Calling Animals By Name" by the late animal trainer Vicki Hearne, about the relationships between trainers and animals and the philosophical debates about recognising animals as intelligent beings with personalities. Lots of examples, if you're after narrative.)

How much would we tolerate animals harming/attacking/killing one another (and possibly threatening humans) the way cats, for example, already do with mice, rats and birds? (Actually, perhaps cats, rats, mice and birds are examples of free animals already living among humans.) Would we be obliged to intervene to protect animals from each other? I don't think many humans would want animals freely attacking each other anywhere near us (most of us find it hard enough to watch on TV) but preventing it might require some serious curtailment of liberties.

Perhaps we'd end up hanging together with our own kinds most of the time, and occasionally interacting at the edges, as animals often do.

Gareth, Thanks for commenting (and reading!). Will keep Vicki Hearne in mind--I've been thinking about reading her for a long time. Yes--the way cartoons depict different species as getting along is one of the many ways they mislead people. It's really kind of a bad thing that children get such a huge diet of this stuff.

I kind of like the idea that we might start demanding more of animals if we let them become equal members of our community. There's something to that. That sounds like a good theme to throw into someone's novel about a world where animals are treated as persons. Various kinds of mayhem and strangeness would surely ensue.