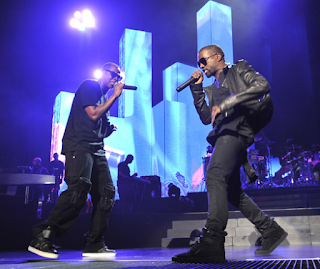 I've been reading Goods and Virtues, by Michael Slote, which makes the case for there being time-relative virtues.  For example, "rational planfulness" is more of a virtue in a 20-year-old trying to establish a career than in a 10-year-old.  The basic idea that different character traits are virtuous at different times of life makes a lot of sense.  But what distinctions are there beyond childhood and adulthood?  Are different traits virtuous in older adults than in younger adults?

"Act your age!" means ... what, if you're in your 50s?  My two-14-year olds have a lot of advice for me on this question.  For example, I am not, not, not allowed to use the same slang they do.  I am told that I say "OMG" too often.  Once they introduced me to the locution "X?  I think yes" and it turned out I was fond of it. I got into a lot of "X? I think yes."  It turned out that was not age appropriate. In fact, it was extremely annoying.  Dancing?  I blush to admit that I used to do it--in public, even!  But no, it's highly inappropriate.

Even aside from the teen-pressure, I often have the sense that doing this or that is just not quite right, at my highly advanced stage of life.  And now Michael Slote says I'm right to worry. In fact the virtues are time-relative.  I'm suppose to be more ___ now than I used to be -- though I'm sure what all goes in the blank.

Which brings me to the question of concerts.  Note that I didn't say rock concerts, because that's the wrong word (my son tells me).  Suppose my kids want to go see Kanye West and Jay-Z, and hell if I'm letting them go alone.  May I, without making a fool of myself, go too?  In fact, they're coming to Dallas, and I thought "Go? I think yes!" so bought some tickets for us all (my husband thought "Go? I think no!")  Next question--should I wear a bag over my head?  Must I sit quietly during the concert, perhaps doing some knitting, so I'm clearly just the babysitter? May I behave as if I like the music, or will that constitute a time-relative vice?

Beyond acting like an adult, rather than a child, which seems clearly advisable, is there anything to the idea that older adults should be more ___ than younger adults, and what goes in the blank?