I Was a Teenage "Gnu" Atheist 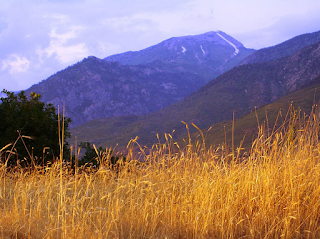 I was cleaning out a closet over the weekend and found something that amused me--an English composition book from when I was 14 years old (same age my two kids are right now).   I wrote essays about the Kent state shootings, the generation gap, drugs, and a few lighter topics.  Plus, there was an essay trashing the pledge of allegiance.  Why should John, if he's black, pledge faithfulness to a country that "may be prejudiced against him," I ask.  I also complain about the god part.  "John may not believe in god," I write, "but the pledge that is meant for everyone in the United States says that our country has a god."  Note how I militantly refuse to capitalize! (The teacher corrected me.)  In fact, when I was that age, I either skipped the "god" part, or didn't say the pledge at all.  In my no pledge phase, I got harassed in the halls.  The harassers called me a "kike"--my being Jewish was more visible than my being an atheist.  Not literally visible, but there were about three Jewish kids in each grade, and everyone knew who they were.

A funny thing--my kids tell me they don't say the god part of the pledge, but now, when I attend a school function, I do. I simply take it less seriously than I did at age 14.  It's like the bit in "America the Beautiful" about amber waves of grain and purple mountains' majesty. Just part of the tapestry.  But that's fine--there's a time for being literal and rebellious.

The same process has occurred in my life.

By age 14 or so, I had clearly defined myself as an atheist and while I've never gone back to religion, the subject was closed for me at least and I no longer needed to emphasize it in my interactions with others.

What's more, having realized that I was in no danger of being seen as conventional (at age 14, one of my deepest fears was to be seen as a "conformist"), I stopped trying to be non-conventional and began to get interested in what goes on in the minds of conventional people: my hostility towards them diminished as I no longer felt the need to assure the world that I was different than (or superior to) conventional folk, religiousness being generally an integral part of a conventional lifestyle.

I suppose that some people who defined themselves as atheists at the same age as I did may have opted for liberating others from
the illusions of religion rather than taking their atheism as a personal matter as I do. That seems ok to me.

However, I am more interested in why people are religious or why people have religious beliefs than in liberating them from them.

Still others may witness a different process in their lives: those who were conventional at age 14 may need 50 years to free themselves from those conventions and that seems right for them.