"The balance of pleasure minus pain" 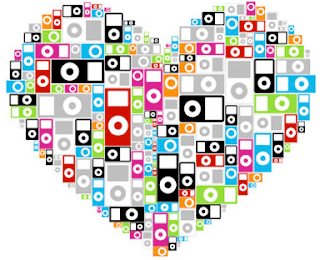 Hedonistic utilitarians say pleasure is the good.  I spent roughly two hours enjoying a movie yesterday.  The good in that situation, they say, is the sum of the pleasure I experienced, minute by minute, over those two hours.  Of course, there is another dimension of experience--pain.  Hedonists think pain is bad in a way commensurate with the way pleasure is good.  The speaker system in the movie theater had a problem, causing me moments of displeasure throughout the movie.  Add the emotional pain up, subtract from total pleasure, and you get a balance.  100 - 25 = 75, let's say.  75 represents the good I got out of seeing the movie.

Except this seems all wrong.  It's just not true that there's any equivalence between a mixed experience (100 - 25 = 75) and a shorter purely pleasurable experience (75 - 0 = 75).  It would be perfectly reasonable for someone to prefer one over the other.  The whole idea that pain and pleasure neatly sum, like bank deposits and debits, is one of those things that seems reasonable only if you never think about it. Rather than there being a sum, it seems to me there are just two dimensions, good and bad, and various ways they can relate to each other.  Sometimes a person will think the bad is worth it for the good, and sometimes not, but this is not something you can determine by a simple calculation.  It's not simply a question of whether the balance is positive or negative.

Here's a mixed experience of recent memory, where the judgment could be "worth it" or "not worth it," and the balance does not decide the matter.  On Mother's Day our family went to a sculpture museum, and my 14 year old son dropped his ipod touch on a concrete floor.  The screen shattered so badly you could see the innards of the device--shocking!  He was not a happy boy.  An hour later we were driving home past an Apple store.  I suggested we go in and ask whether the device could be fixed.  We talked to one of the geniuses at the genius bar (the Apple people are geniuses at naming things), and he said the thing wasn't fixable, but my son could have a new ipod for half price.  We said thank you and we'd think about it, but then the guy turned the ipod on and saw my son's wallpaper, which was a photo of a bumpersticker that said "The road to hell is paved with Republicans."   He told my son he liked the wallpaper so much he'd give him a new ipod touch for free--which he did.  Now he was a very happy boy.

On the way home I asked him what he thought about this whole one hour period of his life.  Was the misery worth it for the happiness, or not?  I don't think this was a simple question of making a mathematical calculation.  He wasn't thinking about whether he was now in the red or in the black. The judgment was a primitive "worth it" judgment--was it worth going through the first 59 minutes of that hour to get to the last, thrilling minute?

Answer (which surprised me): no.  But it could have been yes, consistent with all the facts about quantities of pain and pleasure.

You're right: it's not something that you can determine by simple calculation or by a complex calcuation.

However, it would be interesting to ask your son what his opinion of the incident is in 30 more years.

I would wager, judging from my own experience, that the memory of the genius giving him a new i-pod will stay with him all his life and be a magic moment that with the passing of time be worth much much more than 20 i-pods.

Parfit has lots of ingenious examples in "Reasons and Persons" about what we would prefer (or what is rational to prefer) in all kinds of interesting scenarios. We do have a strange relationship with our future and past selves. And also we are deeply and predictably irrational (http://amzn.com/006135323X) in ways that complicate this even more.

I don't know about this example. I mean in the end you have the ipod, and the "sum" is equal, but in reality it isn't equal. You now have an experience that you can share with people. "I got a free ipod because I'm a liberal!" That's pretty priceless.

Ultimately, these kinds of scenarios are purely hindsight. Had I asked you, "which would make you happier, dropping your ipod so it shatters or not" that would be an easy decision. I'm beginning to realize that Utilitarianism is a decision engine more than a tool to determine rightness and wrongness.

We *can* use it in hindsight to try to determine rightness and wrongness... But maybe this should be an "off-label" use of it. It works best when trying to make a decision which you really can't guarantee the outcome (but you can make reasonable predictions about).

I think the issue was addressed by David Velleman's "Well-being and time". The balance has to be assessed against the narrative background of one's own life. Of course your assessment of an even cannot be qualitatively the same depending on whether pain x occurs *before* or *after* pleasure y. If I buy a cookie and get stung, I'll be annoyed. If I get stung and buy a cookie, well, I'll get over being stung more easily! But I guess most utilitarians have considered this.

A couple of things--

We need to keep the focus on the one hour time period on Mother's Day, not get distracted by how this episode keeps giving my son more joy over time. The question is about how to assess that one hour.

The other argument why balance isn't what matters is that very different experiences can involve the same balance. I don't think a purely pleasurable hour (75-0=75) has to be seen as the equivalent of an hour delivering the same balance (100-25=75), but involving both pain and pleasure. It wouldn't be irrational to prefer one over the other.