Good and Evil (The Moral Landscape) 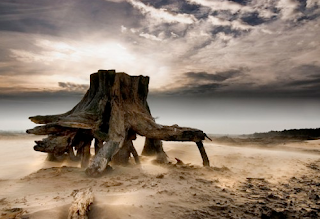 More on The Moral Landscape--

Message of chapter 2:  don't think morality comes from religion, and don't think morality is relative, but rather think there are moral truths. Most philosophers will find this a respectable but unexciting message, since it's what they already think.  The same arguments, with less neuroscience and "style," are made in standard ethics 101 textbooks--e.g. James Rachels and Russ Shafer-Landau (who are both excellent).

Right and wrong are real, says Harris, because they are really all about maximizing well-being. All about?  Most philosophers will find the story here far too simple. I'll grant that every problem for consequentialism, and all the alternatives, don't have to be dealt with in a book of this sort, but Harris overlooks even some very basic problems.  There are other things that might matter besides happiness--for example fairness and equality.  No problem, Harris says.  The perception that something is fair makes people happy, and seeing something as unfair is upsetting.  So fairness has indirect importance.

But wait: if morality is all about maximizing well-being, then people who think in terms of fairness are not thinking right.  When we're done teaching everyone the true theory of morality ("Johnny, right actions maximize well-being"), they won't have those reactions any more.  So then fairness will stop being important in any sense?

Don't think this is fanciful either.  In reality, people aren't as worried about matters of justice as you might think.  Research about well-being makes this clear, as I discussed here back in March.  For example, Carol Graham shows (in the fascinating book Happiness around the World) that wealthy liberals are the only group in the US who are bothered by economic inequality.  Other Americans aren't bothered by the existence of rich people, and believe one day they'll join their ranks.

Even the science in Chapter 2 strikes me as being sloppy.  In a section about the nature of evil, Harris treats us to the first person testimony of a child-rapist.  Neuroscience, he says, can tell us what's wrong with such people. Maybe so, but the bit of neuroscience he presents doesn't explain the testimony. The neuroscience says psychopaths are bad at detecting the fear and anxiety of their victims. But the rapist plainly says he's a sadist--he positive enjoys his victim's suffering. He therefore must be able to detect it.

So...moving right along to chapter 3... I'm still hoping to find something interesting in here.

Previously on The Moral Landscape-- Are Liberals Relativists? and Morality Denialism

I think this book is getting pushed to my used book list.

I was very excited about this book, based on my fondness for The End of Faith. I'm getting less and less excited by the page...

Hey, Harris/Wright debate is at Why Evolution is True. Listening now...good stuff.