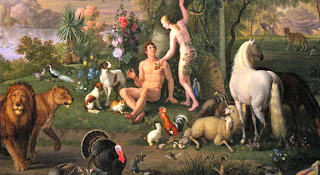 Angus wrote an awfully nice post about my book while I was gone, and asked a good question:  in defending degrees of respect, with humans entitled to more, how much do I really diverge from Tom Regan's seminal book The Case for Animal Rights?  Though Regan thinks every animal (or rather, every "subject of a life") has the same inherent value, and so has the same prima facie right to be treated with respect, he allows that in certain special situations, we ought to give priority to (normal) humans over (normal) animals.  Given that concession, is there really any more than a verbal difference between my view and his?

In fact, I think there's much more than a verbal difference.  That becomes clear when you consider the nature of the special situations in which Regan thinks that individual differences (between subjects of a life, human or animal) could make a moral difference.  Angus calls them situations of "unavoidable choice," but that suggests you'd be in such a situation much more often than Regan believes.

The override situations Regan discusses are exactly five. Each one is very carefully analyzed to make it clear why it's an override situation.  That's not to say he's committed to just 5 override situations and not 6 or 7 or 8, but we should go very slowly when we postulate others. When you realize you're in one of these situations, it will sometimes make good moral sense to take into account differences, but not otherwise.

Human rights are overridable in these situations just as much as animal rights, and Regan talks mostly about human rights to explain cases (1) - (4).  Thus, most of his discussion of how animal rights may be overridden focuses on prevention cases.  But it's particularly when you focus on the whole list of override cases that you appreciate that he's talking about strange, exceptional circumstances.

"Prevention"  is a technical term here. Not just any situation where a bad is to be prevented qualifies as a "prevention" case.  Here's Regan's famous example--four men and a dog are in a lifeboat.  There's too much weight and all will die if no one goes overboard.  It's key to this being a special case that all on board are at risk--nobody's a bystander. Furthermore, if nothing is done, all will die.  In that singular situation, Regan thinks we ought to pay attention to differences.  We ought to throw a normal dog overboard rather than a healthy 25-year old human because (he says) the dog has less to lose.

Differences could enter into the other situations as well.  Suppose we're in situation (3).  Bad guys are shooting at us. They've deliberately surrounded themselves with innocents. May we take them out, even at risk of killing innocents? If we can, the next question is when to do it.  Suppose (this is my example, not Regan's) they shoot from a nursery school in the morning and from a zoo in the afternoon.  Regan would presumably say we should fire back in the afternoon. The animals have less to lose.

Suppose we are facing a plague that could kill a million human beings.  It doesn't affect dogs at all. Scientists discover, however, that the liver of a dog contains a miraculous cure.  By killing one dog, we can save a million.  Can we do it?  Definitely not, on Regan's view. This is not a prevention case, because the dog is not at risk.  It's also not self-defense: the dog is not attacking us. It's not any of the override situations.  The dog's right to be treated with respect protects him from being used to solve a problem that has nothing to do with him.  You can even picture this scenario taking place on a sinking lifeboat, and Regan will still say the dog cannot be sacrificed.  (See The Case for Animal Rights, pg. 385)  Regan is an abolitionist about animal research: we should do none at all, no matter what.

Another situation that's "none of the above" is one in which we simply need to eat an animal to survive (the caveman example in my book).  That's just like the research case, and isn't one of the five override cases.  So Regan's theory does not permit him to think this is morally acceptable either.  (And what matters is the theory.  Oddly, and without enough explanation, he briefly defends eating animals for survival on pg. 351.)

How do they matter? Which differences matter?  There's more on this in my book, but some readers will think: vague, not enough detail!  Maybe I should have quoted Aristotle--"Our discussion will be adequate if we make things perspicuous enough to accord with the subject matter."  I'm skeptical that any perfectly clear, detailed, and precise view about the grounds of respect would really be believable.

"I'm skeptical that any perfectly clear, detailed, and precise view about the grounds of respect would really be believable."

So much the worse for the concept of respect?

My view is that whatever murkiness remains within the concept is precisely the murkiness which allows for the continuance the debate. There is a fundamental indeterminacy here, an indeterminacy that relates to the general problems with value indeterminacy.

Yes, where you can't lay things down completely precisely, there's room for more debate. But you could still think the general approach was on the right track, couldn't you? (She implored, piteously...)

(I've written a bit about some things Rush Rhees said, challenging the coherence of attributions of more inherent value to humans than animals, if you're interested. I think Rhee's arguments are compelling. See here.)

Well you know me. Maybe not the *right* track. But I think it's a good one!

To be fair to Regan, his justification for eating meat where this is necessary for survival doesn't come out of nowhere, but is based on his "liberty principle":
"Provided that all those involved are treated with respect, and assuming that no special considerations obtain, any innocent individual has the right to act to avoid being made worse-off even if doing so harms other innocents."

Jean: Why characterize your position as allowing "across the board differences" in treatment, given that you think many current uses of animals are unjustifiable despite the lesser capacities of animals? Don't you say, "It's okay to override basic animal interests where necessary (e.g., if one is lost and starving in the woods), but not otherwise (e.g., in a restaurant)"? How is that "across the board"?

Also, given your understanding of "respect", couldn't you say that Regan has more respect for normal humans than for animals because he at least sometimes justifies favouring humans in cases of conflict?

Aeolus, Regan's justification doesn't quite come out of nowhere, but almost. I don't see how the liberty principle would kick in here (though he says it does), since that principle permits doing only things that are respectful. At that point in the book he's already explained at great length when the right to be treated with respect is overridden--in the five very carefully characterized situations. So I can't see how he could possibly say that a dog's right to life is overridden whenever I happen to need to eat the dog to survive. It's not overridden in that situation! That, I gather, means that it's not respectful to eat the dog. So the liberty principle doesn't allow me to do it.

Regan apparently sees the limits of the liberty principle when he turns to experimentation. To my mind, it's there that he's seeing what his theory's implications really are, and in the case of eating animals to survive, he's just telling us his opinion, not applying the theory.

When I say that I think the differences between animals and humans make a moral difference "across the board" what I mean is that they enter into our reasoning every time we are tempted to harm an animal, not just in the very unusual situations like 1-5 (as Regan's theory has it). It doesn't follow that these differences always permit us to satisfy our own preferences. They simply have some role in our reasoning.

I think you're right that in some sense Regan does have less respect for animals (because he thinks the lose less when they die), but I don't think that's how he would put it, since for him the ground of respect is being a subject of a life, and nothing else. I think it's complex and diverse, and he (officially) doesn't.

P.S. Re: how much respect Regan has for animals. He says we should save one person rather than a million dogs in a prevention case, but that shouldn't be misinterpreted. The reason he takes that position is because he rejects aggregation. Even if he thought each dog lost .9999 times what a human does, he'd still say one person should be saved rather than all the dogs. His point is that the losses should be thought about one by one--it's always "this human or this dog." Every time, the human wins, even if not by much.