The Consolation of Religion 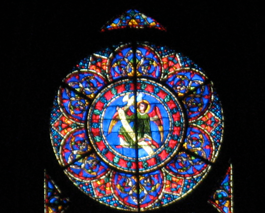 You go far away for a couple of weeks, and it kind of feels like big changes must have taken place in your absence.  Maybe the oil spill got cleaned up. Maybe the new atheists stopped being upset about "accommodationists."  Stuff like that.

Alas,  I see there's yet another round of railing against Chris Mooney at some of my favorite atheist websites (for example here, and that post includes more links).  What did he say this time?   For one, he related this story about a comment he made at an AAAS session on science and religion:


At the close of the session, I rose and posed a question. One can never remember exact words, but in essence, it was this: “I’m glad you’re trying to foster dialogue between scientists and the religious community, and I’m sure you’ll succeed. But here is a harder question–how will you foster dialogue with the New Atheists?”

More interestingly, he told this story:


At the AAAS event, the pastor David Anderson told an unforgettable story underscoring this point–the story of a single mother who just lost her husband, and has two poorly behaved kids, disciplinary problems who keep getting in trouble at school. Does this woman care about the latest scientific discoveries about, say, asteroids? No, explained Anderson, “because an asteroid has just hit her family.”

Science, alone, is no consolation in this context. Religion gives this single mother something she can lean on. Religion, explained Anderson, provides one with inspiration, whereas science provides information (and science fiction provides entertainment).

It was naughty of Mooney to relate the pastor's tale because... because he shouldn't have bought into the pastor's notion that religion could offer this mother something science couldn't?

Why shouldn't he buy into that?  The pastor didn't say every single mother with problems must rely on religion. I should think he left it open that some would rely on sports...or on art...or psychotherapy... or whatever.

I can imagine the pastor saying different things about what religion provides. Must it be inspiration, rather than connection, community?  Presumably he wasn't ruling out a more complex story.

I suspect that for some atheists it's simply hard to accept that religion can provide all these wholesome and yummy things--much as for vegans (I have noticed) it's hard to accept that animal products have anything to offer.  In both cases, it seems there's a fear that once X is recognized as sufficient for some purpose, it's inevitable that X will be seen as necessary.

But that's just a logical confusion.  Being sufficient isn't being necessary.

Of course, once you've adopted some practice, because it's sufficient to fulfill some important need, you get used to it.  It's not easy to shift from one sufficient practice to another.  The mother who relies on her church for social support and comfort can't just cut the cord and immediately get the same needs met through art and psychotherapy (as it might be).  Similarly, it's not easy to shift from one diet to a very different one.

Given all of that--you might argue--it's not wise for science educators to stress the incompatibility of religion and science.  Though religion isn't really necessary to meet people's needs, it does do important things for people and so has a "felt necessity."  So the message of incompatibility will likely alienate many people from science.

I take it that's Mooney's basic position.  You could argue with it, but I find it completely unfathomable why he's viewed as such a bad, bad boy.

I retired from the Mooney wars, but the woman in question, from what I can see, needs psychotherapy, child-care or special schools for her children depending on their age, perhaps some kind of welfare payment if she is poor, which is probably the case, etc. Religion may console her, but it will not help her to face her problems and deal with them. I realize that given the economic crisis, vital social services are being cut back everywhere, but somehow I don't think that religion should be presented as an alternative to such services.

There are many reasons to believe that religion could help her.

Second, churches can serve people's immediate needs very effectively. There is crisis counseling, support groups, singles groups, summer camps, etc. etc I think getting those things in a religion-based community is much more appealing for a lot of people than getting them at completely anonymous agencies.

In fact, if you talk to people with serious problems (like someone who has just lost a spouse) you often hear them talk about the help they got from their faith or church in just the way I'm describing. The faith gave them hope, the church gave them a caring community, etc etc etc.

Obviously, therapy can take place within the context of a religious setting, but what you call anonymous agencies have a responsibility towards those with social problems and those who suggest that their function can or should be replaced by religion play into the agenda of rightwing groups which advocate cutting social spending. By the way, while you were away, the Nation had an excellent article about the Templeton Foundation and its links to a rightwing political agenda, the kind of agenda which is in favor of limiting social spending. I'll find it and send you the link.

Amos, I'm not making any claims here about who should provide social services. I'm simply saying that there are people who do get them from religions institutions and prefer it that way, so prefer to sustain the beliefs that tie them to those institutions.

We get the Nation, so I'll find that issue and read.

Quick devil's advocacy on behalf of people who might be opposed to this woman getting religion:

Religion is like a drug. It makes you happy, more optimistic etc. but it is habit forming. It is better on balance if you never have to get on the drug in the first place, so encouraging people to think the drug is innocuous and harmless and that there will be no repercussions is bad policy.

I think something like this is the argument lurking in the background (or maybe I'm wrong). If correct, the question is to what degree this analogy actually works.

No, that religion is a drug isn't my objection. Sometimes people need drugs. My objection is political. Since the 1930's, in most, if not all, Western countries, including in Latin America, governments have expanded social services towards people with problems. Those services may be delivered by anonymous agencies, which is unfortunate, but they are a right that we have all gained, through the vote, through political struggle, at times through armed struggle. At present, using the current economic crisis as a pretext, there is a campaign to show that first of all, social services dispended by the state are somehow less worthy, uglier and more anonymous than those dispended by religious agencies (anyone who has walked past a Salvation Army building early in the morning is witness of how anonymous and dehumanizing religious charities may be). The goal of such campaign is to send us back to the Victorian Age, during which the state left the poor and society's losers in a state of total abandon and during which all social services were delivered through the church agencies. That campaign, as is the case of most rightwing political campaigns, is expertly framed and of course never explicitly states what it is up to. Since almost all of us, including myself, at times become unconscious spokespersons of the zeitgeist and since the zeitgeist at this moment blows towards the right, I want to make people, including myself, more aware of the zeitgeist and the forces, including our beloved Templeton Foundation, which manipulate us.

Amos, I really don't think I said anything about where social services should come from. I just said that some people do prefer some of their social services to come from within a smaller community--the church, synagogue, etc. So they prefer to sustain the beliefs that keep them a part of those communities. This is all pretty obviously true--some old people like hospice visits from their own rabbi or minister, etc. etc. They prefer that to having anonymous social workers drop by. Of course, and surely their attitude makes sense.

Anyway--yes, Faust is probably right that the atheist reaction to the mother example involves dismissing religion as a sort of drug. There's not much respect for the way it (The Religion Drug) makes her life go better. Those are ill-gotten gains or some such. I think that's way too dismissive. I'd like to get rid of my headaches by just relaxing, but I'm not about to throw out all my tylenol.