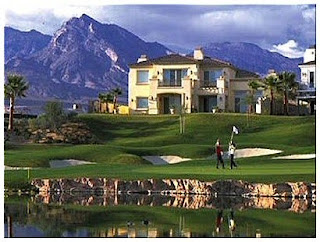 One of the attitudes of abolitionists I find most absurd is their country club view of other vegans and vegetarians.  "Not good enough" is the constant rallying cry.  Gary Francione recently pronounced that "vegetarianism is not morally preferable to being an omnivore." He also routinely excoriates "not good enough" vegans like Peter Singer, the folks at Vegan Outreach, and vegan.com writer Erik Marcus.  He keeps his club very exclusive indeed.

Thinking about this makes me feel like an evolutionary biologist devoting time to attacking creationism, but the fact is, Francione has a band of  followers who uncritically repeat absolutely anything he says (for example, all of his arguments are repeated here).  So, because of the influence, not the merits, let's give this a look.

First of all, what is a vegetarian?  I've been surprised to find that some animal advocates don't know (or pretend not to know). For example, here's a definition at the Friends of Animals website (they're not in league with Francione, as this interview makes clear)--


Millions of North Americans identify themselves as vegetarian or vegan. A vegetarian is someone who enjoys a plant-based diet. A vegan is a vegetarian — one who avoids eating the flesh of any living animals and other products taken from other animals (milk, eggs, cheese, honey and so forth) — and also embraces a lifestyle of respect for all sentient beings. That respect factors into clothing decisions and selections of “cruelty-free” cleaners and toiletries, and so forth. Thus, while “vegetarian” may describe a diet, “vegan” embodies a lifestyle — an ethical commitment to live, as far as possible, in harmony with the planet and all its inhabitants. (italics mine)

So--vegetarianism is only a diet, and not driven by respect for animals. Maybe that's what Francione also believes (or pretends to), but he goes further by making some peculiar assumptions about a vegetarian diet. He thinks vegetarians take meat out of their diets and replace it with eggs and milk.  So--where an omnivore has a hamburger, a vegetarian will have an egg-burger. Or something. (See here for more on that sort of diet and whether it benefits animals--it actually does, somewhat.)

This is an extremely tendentious definition of vegetarianism. It's designed to make vegetarians look like the ugly stepsisters of Cinderella, the animal-respecting vegan.  To which I just have to say: meet the vegetarians.

"Kate" was a student in my animal rights class recently.  She is passionately committed to animal causes and plans to focus on animal law when she goes to law school.  She eliminates most animal products from her diet, but not yet all of them, so calls herself a vegetarian, not a vegan. She wears non-leather shoes and apparel and has been involved in animal causes in her community.

"Ned" is a philosophy professor who teaches an animal rights class and writes influential articles on animal ethics.  His diet is nearly vegan, but not completely, so he calls himself "vegetarian." He eats fish, because he believes they feel no pain. He eats honey, because he believes bees are non-sentient.  He's an accommodating husband and father, so compromises a little to have a harmonious family life. He wears no leather and avoids other animal products.

Kate and Ned are typical of the many vegetarians I have known.  They are ethically driven.  They put their ethical convictions into practice in many areas of their lives, not just with regard to diet.  They are well informed--not at all ignorant of the ethical problems with milk and eggs.  They are close to vegan, but not total vegans, partly out of conviction (Ned doesn't think there's a moral problem with eating fish or honey), but also for many other personal and practical reasons.

Now, Francione is entitled to be bothered that people don't change more quickly.  He's entitled to be frustrated that many animal advocates aren't persuaded by a rights perspective that sees animals as persons (Kate and Ned both find Peter Singer much more convincing than rights authors).   True, Kate and Ned aren't thinking and doing everything that he would want.  So by all means, they shouldn't be allowed into the abolitionist country club.

What you can't say is that being a vegetarian is morally equivalent to being an omnivore.   If you think animals matter, then you'll assess that statement in terms of how much killing and suffering vegetarians like Kate and Ned prevent, compared to omnivores.  You might even add up the rights-violations, if that's how you think about these things. Clearly, they're doing much much better than the typical omnivore.

And don't tell me Kate and Ned are rare.  I have met lots of vegetarians in the course of teaching an animal rights class for nearly 10 years, and I haven't encountered these ugly stepsister vegetarians--the ones who gorge on eggs and cheese, don't know a thing about the dairy and egg industry, and aren't generally concerned about the treatment of animals.  Among people who care about animals, there are lots and lots of Kates and Neds.

Maybe these folks just think by misrepresenting and denigrating people like Kate and Ned, they'll turn them into 100% vegans.  If that's it, they might want to give a little more thought to the recipe they're following.  I don't think you can make vegans by chopping up vegetarians.

I want to clarify a few things in your post.

Vegetarians don't necessarily eat a plant-based diet. While they don't eat meat, they do generally eat cheese and/or eggs, which aren't plants.

Second, people who eat fish aren't vegetarians. And I have no doubt fish feel pain.

Vegetarians don't eat an entirely plant based diet--true. That's another flaw with the Friends of Animals definition.

Re: fish. I think "vegetarian" is a rough label and people use the one that comes closest to fitting. I have known many people who used the label "vegetarian" yet ate fish, or at least bivalves (mussels, clams, etc.)

Personally I agree that fish feel pain, but there's actually some room for debate about it, I think.

I like the picture you used for your post--I almost used it myself!

pescatarians are people who eat fish and veggies.

I agree... fish feel pain. But not all seafood feels pain... mussels, clams, oysters etc.... no brains.... no pain... I have a hard time arguing that it would be wrong to eat these. They're essentially fleshy plants. Anyone have a good reason to abstain from eating them? I've seriously considered allowing them into my diet. Still not exactly sure why I exclude them, since breaded deep fried clams are pretty yummy.

A good reason to abstain from eating oysters is their price. Clams are cheaper and delicious, as you say.

Seriously, if people become vegetarians to lessen the suffering of animals, then I don't see how they can be criticized in ethical terms. It's like criticizing someone who lives a normal, ethical life for not being a saint (vegan). Besides, saints are creepy and puritanical saints (the vegans are puritans) are worse. Enjoy life (eat some clams) and try to lessen suffering when you can.

I see no reason not to eat bivalves. If you're wondering "What would Peter Singer do?" the answer is -- eat them. That's what he says in Animal Liberation! There's no reason not to, as there's not reason to think they are conscious at all.

One of these days I will eschew all of these labels altogether and just describe myself as someone who tries to eat ethically. Period.