The Meaning of Respect 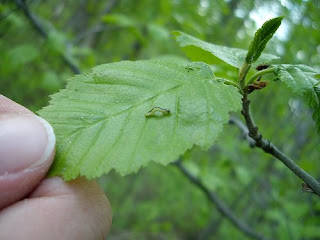 The concept of respect seems to resonate with a lot of animal activists. Jane Goodall and Mark Bekoff use the language of respect in 'The Ten Trusts" and so does Ingrid Newkirk in her new book, "The PETA Guide to Animal Rights." My new animal book is respect-centric as well.

What a squishy word. There's "take your hat off" and "say sir and ma'am" respect. There's super high-brow Kantian respect--the kind that you're only supposed to feel in the presence of the moral law, whether in the abstract or as planted in the breast of one of your human fellows. And then there's just...respect. We all know what we mean, and we're quite capable of feeling it for animals. Actually, Kant himself is a good evincer of respect in this ordinary, broad sense. Talking about the different roles of love and respect in friendship, he writes--

For we can regard love as attraction and respect to as repulsion, and if the principle of love commands friends to come together, the principle of respect requires them to keep each other at a proper distance. (Doctrine of Virtue 470)

Precisely. Respect makes you back off. Kant is famous for saying that we have no moral duties to animals, for the precise reason that we owe them no respect (there's no moral law planted in their breasts), but his own words belie his official doctrine. He writes--

The more we come in contact with animals and observe their behavior, the more we love them, for we see how great is their care for their young. It is then difficult for us to be cruel in thought even to a wolf. Leibnitz used a tiny worm for purposes of observation and then carefully replaced it with its leaf on the tree so that it should not come to harm through any act of his. He would have been sorry—a natural feeling for a humane man—to destroy such a creature for no reason. (Lectures on Ethics)

He speaks of love here, but what is the feeling that makes Leibnitz put the tiny worm back on the leaf? Is it really "come together" love, or "back off" respect? It seems there's a large element of backing off. It's one thing to pick up the worm to study, another thing to then squash it.

Not only does Kant understand and feel respect for animals, he even grasps the first principle of animal ethics. Thou shalt not "destroy such a creature for no reason."