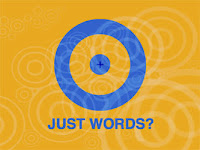 The topic for my ethics class last night was living with disabilities. I have a chapter on the subject in my book and I just finished reading Jonathan Glover's very excellent Choosing Children, which deals with choosing or not choosing disabled children. There are lots of serious, difficult questions here. And then there's the question of how we talk about disabilities.

A friend of mine told me I had erred just a bit in my chapter by speaking of a woman who is "confined" to a wheelchair. The woman in question is Harriet McBryde Johnson, who wrote this splendid article in the New York Times magazine a few years ago. I stand corrected--the wheelchair, for her, is liberating.

Glover is very careful with his language. He quotes Dr. Tom Shakespeare, a sociologist "with achondroplasia", as saying "I'm happy the way I am. I would never have wanted to be different." That's the right way to say it: "with achondroplasia." We no longer call someone a "dwarf"--the word just has too much negative cultural baggage.

So there I go into my class ready to speak about everything in the correct way, and a student makes a great point about people "with achondroplasia," only she calls them "dwarves." I brought up the point that "dwarf" is the wrong word, and everyone simply laughed.

After a two-second reassessment, I decided it was a good idea to go with the flow. I mean, it really is clumsy having to work "with achondroplasia" into sentences. I mentioned "little people" as an alternative--and just got laughed at some more. That does seem like a bit of an "insider word," and frankly what "little people" means to me is kids.

It probably doesn't pay to get too hung about language. Harriet Johnson describes the uncomfortable reactions she gets from strangers. Whether it's just crude prejudice or some sort of biologically deep-seated anxiety, it's terribly sad that there's such a deep mote dividing people with and without disabilities. Each person either is or could be on the disabled side some day. If "normal" people (is that word allowed?) have to worry even about what words they use to describe disabilities, it can only make the nervousness and division worse.

But of course we need to have some sensitivity. Perfectly reasonable writers used to talk about "imbeciles," ""mongoloids," "mental defectives," and "cripples." Some words just have to be banished.

I think we do have a complicated set of unconscious thoughts about disability that we can get to know better by inspecting the way we speak. We say "the blind" and "the deaf" but not "the blue eyed." Surely that reflects the not very wise thought that blindness and deafness go to the very essence of people and separate them out virtually as a subspecies. It's not so important to stop using those phrases as to be aware of the underlying thinking, and correct it.

"The disabled" is another one of those bad phrases, suggesting a separate subspecies and a defining characteristic. I slipped up and used it once last night, but I think nobody noticed!

I think it's only courteous to try to call people by the name they prefer, rather like trying to pronounce people's given names properly. However, where there is no consensus about what a group prefers, it seems to me we can be reasonably tough-minded about not being browbeaten by person X into having to refer to person Y (who doesn't care, or even who has just stated an opinion) in a certain way.

HMcBJ (I read her book, btw) is both liberated by her wheelchair and confined to it. That's a fact of life, as is the fact that people are frightened of the disabled and the seriously ill in case they "say the wrong thing" Giving people a hard time for using the wrong terminology just makes them more nervous and avoiding, which is both bad for the disabled/ill person and lacking in compassion towards the normal/well person with whom they are interacting.

That should be "not stated an opinion" in the first para.

Yes, the truth is both--liberated and confined--but I probably really shouldn't have just said confined.

I like HMcBJ's book...it goes on and on a bit, but I learned a lot from it.

I think that's very true about people getting overly nervous about what to say--the worry about words just makes us want to avoid people and subjects.

I'm still wondering if "dwarf" really belongs in the same class as "imbecile" and the like...I must ask my friend who knows about these things.

It's certainly a current medical term, although saying "achandroplastic dwarf" would sound even more suitably medical. I just Googled the latter, and found a (serious) page entitled "how to avoid upsettig a dwarf - don't call him a midget". Aaaaargh!

I liked the book, too, although it had too much incomprehensible US politics for me.

I was reminded about the overly nervous thing recently, when I went to a reunion in London. Half the people I met said "you look so well in a sort of relieved/hysterical way, and I had to send lots of terribly cheerful emails in advance to prevent some of my friends from wimping out. Like, really, guys, I promise I am not more likely to die during the main course than you are.

I had a bit of a rant about the duties of the sick towards the well in one of James's recent threads, don't know if you saw.

The "C" word is really hard for people. Friends here with cancer really do seem to spend a lot of time taking care of people so they won't get too upset about it.

I think that's one of the reasons some people just like to keep things private. It's all they can do to take care of themselves.

I think you're reading that "you look so well" comment exactly right...but ya gotta pity people. It really is just hard--triggers all sorts of reactions that are hard to deal with.

I've stuck my foot way into my mouth in various situations like this I'm sure.

I sympathise with the "keep things private" impulse but it tends just to lead to more probems when you're forced to "come out" because of practicalities. If people interact with you for a while without "knowing", when they do find out, they are even more horrified in case they've said something wrong or not been sensitive enough. So you end up trying to go on keeping people in the dark so as not to upset them, and it all just gets too complicated to manage.

And if they know you're ill but not much detail, they really want to know detail, but feel guilty and a bit ghoulish for wanting to know, and not sure whether it would be good or bad to ask. I do feel sorry for them, and think I have a duty to make it as easy as possible. I really hate the victim syndrome; "something bad has happened to me so I am now licensed to behave any way I like and if you upset me it's all your fault". Bleah.

I find the best policy is to mention it fairly up-front and then refer to it a couple of times in a very matter-of-fact and/or jokey way, and people calm down and get a bit desensitised and you can have a sensible conversation without both of you worrying about not upsetting the other. The website is pretty useful, too.

Jean, you have a way of writing extremely well-balanced posts. Not many people have that virtue.

Thanks for the education!

Micah, I appreciate that. Some would say wishy-washy, but I'm very glad you think "balanced"! Jean

The thing about Tom Shakespeare not wanting to be different interests me. I argued with a friend about that when we both read Oliver Sacks's account of Temple Grandin in An Anthropologist on Mars. My friend, who uses the word 'normal' a lot (usually to describe people like her - married, with children, middle class, etc), kept saying what a lot Grandin was missing out on; I kept saying yes but because she is the way she is, she doesn't miss those things, and she does get some experiences that we don't get. Naturally, I think I was right.

"Neurotypical" is the proper word vs autistic, isn't it! Maybe we could have "corporotypical" as well.

I suppose only TG is qualified to give a opinion as to whether she would have wanted to be different, I don't recall that she does in any of the ?4 books of hers I've read (but I may just have forgotten). My guess is that, if she had wanted to change anything, it would have been because of the severe anxiety problems she had until she discovered psychiatric drugs in her 30's.

I think TG does say, I think that's why we were talking about it...I think she says something about not wanting to be (ahem) neurotypical, and I think we were discussing whether that made sense or not, whether she could know she didn't want to be neurotypical or not, etc. Then again it could have been someone else in Anthro on Mars, and we extended the discussion to Grandin. But I thought the idea was interesting, and was a little frustrated by the insistence that everyone would rather be Normal Like Me.

No reason to assume TG would rather be anyone but herself...but who knows. I've read her "Animals in Translation" and enjoyed it. I don't know how much her cowriter created the confident, upbeat, very individual tone...but she comes across that way on video as well. I didn't know Oliver Sacks had written about her.

Normal Like Me made me remember about this, which I bookmarked months ago. Don't give up after a few screens.

But there is a kind of "defining characteristic" of the deaf that distinguishes them culturally - their own language.