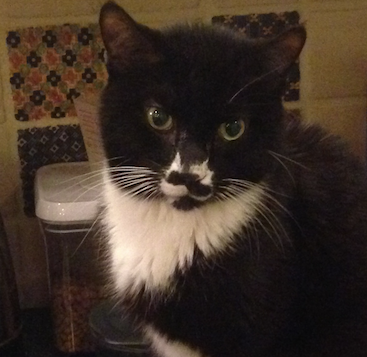 While I find your decision to end your cat's suffering ethically justifiable, rational and just plain good sense, I'd call it "mercy killing".

I myself would rather err on the side of avoiding euphemisms than on that of overusing them and introducing new euphemisms into our daily vocabulary.

I'm not sure whether that's an ethical or an aesthetic or a stylistic decision or all of the above.

It happens that I recently watched Nurse Betty, in which (spoiler alert) a person is scalped alive and subsequently flails around in desperate agony. Hearing the commotion, another guy comes into the room and immediately shoots the scalped person upon realizing what happened. It didn't occur to me for a moment that the guy who fired the shot was a murderer. The person who did the scalping was a murderer. The shooter was the good guy, at least in that scene.

The difficulty with animals is that they can't tell us the level of suffering they are experiencing, apart from obvious cases of extended caterwauling and such. In the absence of obvious outward signs of considerable pain, I think I would lean toward letting nature take its course, in part because we don't really know how animals process pain. There is considerable reason to believe that humans exacerbate their own suffering by injecting their personal narratives and drama into it, whereas a cat might be all Zen about it.