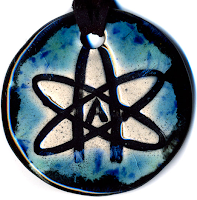 I was thinking about live-blogging or live-tweeting yesterday's conference, but I'm actually not capable of walking and chewing gum at the same time--so to speak.  No need for a complete rundown, as there will be video of the whole conference soon, I hear. This is going to be mostly reactions to panels and talks, not summaries.

First up was a panel on secular parenting, featuring Jamye Carr, Anne Crumpacker, and Noelle George. Much sensible advise was dispensed, including the advice to encourage kids to ask questions and consult experts.  One issue several people discussed was the religious babysitter or relative. What do you do when Grandma starts witnessing to the kids?  Prohibit that, the panelists all seemed to agree.

I had an experience with my children a long time ago that makes me think it can sometimes be better to allow children to have more diverse influences. (I talked about this in a little essay I wrote for Free Inquiry.) My twins learned that people die one day when they were age three, and they found the news extremely upsetting. They were inconsolable -- and I mean really distraught. It so happens we left them with a babysitter that night, and they asked the babysitter what happens when we die.  She reassured them that we go to heaven, and they were vastly happier the next morning. The upsetness about death lasted for the next six months, and just being able to talk about the mere possibility that we survive in an afterlife was helpful.

Next up--well, me, talking about Alex Rosenberg's book The Atheist's Guide to Life, and the problem of intentionality (or "aboutness"), and meaning in life, and ... a lot of other stuff.  The powerpoint is here, if you're interested. I started my talk with a short prelude about solidarity vs. agreement. (You can have solidarity with people you disagree with ... etc. etc.)  I was a bit worried ahead of time that a philosophy of mind-heavy talk might not go over well, but I was delighted with all the discussion afterwards. Terrific, lively, lots of fun.

After lunch--at the Cosmic Cafe, an excellent vegetarian eatery!--there was a panel called "What Atheist Women Really Want."  I enjoyed Elyse Anders, a snappy speaker with very pink hair from Skepchick.  Bridget Gaudette of Secular Women is one of these people who keeps saying "I'm not a very good speaker" while being a very good speaker.  She's funny!

Next up, Noelle George, the operations manager for Foundation Beyond Belief,  talking on "Fifty Shades of Feminism."  I thought this was a terrific title, because there are many forms of feminism, but Noelle seemed to think not. Feminism is just one thing, she said: advocating equal rights for all genders (though feminists can advocate in different styles).  I beg to disagree here. There are liberal feminists, "difference" feminists, radical separatist feminists, Marxist feminists, ecofeminists--to name a few.  These are people with significantly different beliefs and goals.  A primer on these differences would be most helpful to address a very wacky belief that's taken hold in the atheosphere--the belief that secular women agitating for harassment codes are "radical feminists" or (what a word--who invented this, Rush Limbaugh?) "radfems". But no. What these women want is compatible with just about every form of feminism that exists--it's not the least bit specific to "radical feminism."

Noelle said we have a gender problem in the secular community and who could disagree, watching online craziness in the last year. I don't disagree! On the other hand, how big is the problem out in the real world? She said (roughly) "the numbers show we have a problem." 0f those who complain of being harmed, 56% are women.  This study is what she was referring to, I think, but it says two things, actually.  It says that 14.4% of women (but 11.4% overall) have "felt unwelcome, discriminated against, or harmed in the secular movement."  That's not a huge disparity. And then it says 55% of women (compared to 35% overall) have had "problems within the group."  A bigger disparity. I take it these problems are milder than feeling "unwelcome, discriminated or harmed."  I'm not 100% sure how we're supposed to interpret the last figure but certainly the bigger number is scarier. I'm pressing the question only because one woman, after the talk, expressed dismay, and said she was going to avoid national conferences.

[Note: I changed the last paragraph after pondering that study for another hour. I think my initial objection may have been based on misinterpreting the 55% statistic.]

Finally--possibly the highlight of the day--there was a diversity panel.  Being an academic philosopher, I tend to think of atheism mostly as an intellectual movement--it's all about the Dawkins's and the Harris's of this world. But the atheist movement is also a haven for all sorts of people who have actually been harmed, sometimes because of their non-conformity with religiously approved gender norms.  The people on this panel had some incredibly moving stories to tell. One in particular made me laugh and made me cry. A talk about female genital mutilation was very moving and informative.  I'm being a little vague about the personnel here as we were told some of the people on this panel were dealing with real world threats.

My daughter accompanied me to the event, which made it extra fun. It's always good for a 15 year old girl to hear the world "feminism" and she got to hear it roughly 100 times. She got some new jewelry out of the bargain too--a "surlyramic" necklace with an atom image.  All in all, a fun and interesting day.

Hi Jean that Captcha is are real pain ~ six attempts to get that lettering right last time I posted :)

Thanks for an interesting post ~ I'll look out for the video

JK quote:- "My twins learned that people die one day when they were age three, and they found the news extremely upsetting. They were inconsolable -- and I mean really distraught. It so happens we left them with a babysitter that night, and they asked the babysitter what happens when we die. She reassured them that we go to heaven, and they were vastly happier the next morning. The upsetness about death lasted for the next six months, and just being able to talk about the mere possibility that we survive in an afterlife was helpful"

Hi Jean ~ Serious question ~ vegetarian cafe's & all ~ three is a difficult age to talk with about death ~ especially in a society where it isn't so evident that much of our protein intake = corpses of sentient beings. Q: Generally speaking do you think this made it harder to talk about death?

Of course at three a child cannot understand that things & beings cease to exist for ever. Even so I believe that the basic questions about life/death demand honest answers. If one thinks that it is a [vanishingly] slim possibility that consciousness survives death of the body it surely is a cop-out to claim otherwise?

When my child [5yo at the time] asked "Am I going to die?" I told her that she would, but not for a long time & luckily that was the end of that line of thought.

I think if a child asks whether a parent is going to die, she should be told that all people die eventually, but that their parent will not die for a long time. Another good answer is "I don't know".

May I suggest also that there's some excellent children's illustrated books out there that are free from magical thinking? Beginnings. Endings. Lifetimes. All good stuff. Imagine the horror of a world in which nothing died ~ Hell is surely the Christian heaven :)

Apart from the "gender problem in the secular community", how much of the wider atheism-can-be-a-big-social-problem is a specifically U.S. thing (among Western nations, that is)? For example, Australia has a prime minister who is female, unmarried (though not single), childless, and atheist, and few Aussies seem to mind. In fact, religion seems to be pretty unimportant in the lives of most Australians:
http://www.crikey.com.au/2010/06/30/of-12-prime-ministers-before-this-atheist-only-rudd-got-on-his-knees/

I thought the plural of Dawkins and Harris was Dawkinszez and Harriszez.

But zrzly, the diversity panel showed me atheism is a luxury for me but a necessity for someone else. From The Young Atheist's Handbook (p. 135): "To revile homosexual love is to revile the love that is central to the experiences of millions of our fellow humans, and this is something that is genuinely immoral."