Here are some passages from Aristotle that I've been pondering (all from Nichomachean Ethics Book VIII, Chapter 12). Maybe you'd like to ponder too-- 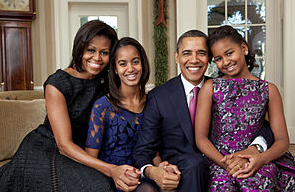 First, the insight.  Parents do see their children as "something of themselves," as "coming from them," and as "a sort of other himself."  I think this is really fundamental psychologically, and also relevant to some ethical issues.

Second, the confusion.  In passage 2, Aristotle makes it seem like our children are "our own" in the way our teeth or hair are.  This would give parents supreme power over their children. You could do anything you wanted to them, like you can do anything you want to your hair.  But in passage 3, he does better--"What has come from him is a sort of other himself; it is other because it is separate." The separateness has to be countenanced in any reasonable story about parent-child ethics.

Third, the error. Aristotle thinks the fact that children come from parents has the same positive meaning for parents and for children (see passage 1), but just less so for children (see passage 2 and later in this chapter)  But not really.  The fact that your child comes from you gives you, as a parent, feelings of power and pride. I did this! But as the child grows up, the fact that she comes from her parents at least sometimes has the opposite significance for her--it generates a feeling of dependence, not power. The child starts to want to be her own person, and not "come from" anyone, while parents will always enjoy the feeling that their children are "something of themselves".

Points off for the confusion and error, but I think the insight is still deep!

I would call it an insufficiently articulated ambiguity. Because humans evolve over the course of a lifetime on a continuum, there are periods of a life where we (we liberals in this case) clearly agree with Aristotle's metaphor. Prior to 24 months for example, I think it's safe to say we are close to a "teeth and hair" view of fetuses. After 24 months some restrictions kick in (and of course there is variance here on a state by state level). Then after birth this continuum continues. There is lots of debate about exactly how much control parents ought to have over their children: take Christian Scientists withholding medical care from their children for example. How far people are allowed to go with corporal punishment etc.

Eventually there is no question that child emerges into full independence, but I suspect even here there is variance across culture. My (very limited) understanding of Asian cultures is that they have a different view of how independent children ever get from their parents.

So Aristotle's "confusion" is understandable here, since this is an area where we are unlikely to find much solid ground (i.e. I'm inclined to be quite relativist about it).

Yes, good point--the confusion is in the nature of the beast, and we need some kind of an account of how offspring transition from being "hair" and "teeth"-like to being truly other selves. I like his phrasing--children are a SORT OF other self. "Sort of" captures my initial take on the matter.

By the way, these things are actually very, very perplexing, because the status of things like hair and teeth isn't even clear. What kind of ownership do we have over our own body parts? Tricky question! So if you were to say a child is like hair and teeth, you'd actually not be clearing things up completely.