Children Come from Us 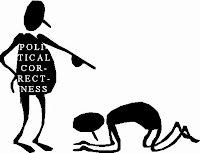 pics on SodaheadI've been thinking-writing about why people want to be parents -- what are the most central motivations and satisfactions?  This is a hard thing to think about without being constrained by a sort of political correctness.  The politically correct view, I think, is that we have children to enjoy nurturing them.  That's PC because nearly everyone who wants to be a parent can have that.  Single people, gay couples, infertile people ... everyone has access to the experience of raising a child, if they're willing to adopt.  But then, is that politically correct enough?  Some will be touchy about an account of why people parent that suggests that parents have something that's unavailable to people who are voluntarily childless.  We need to identify the good of being a parent in some utterly neutral way that leaves nobody out.

Abrupt segue: I'm thinking about reading Chris Mooney's new book The Republican Brain, and Jonathan Haidt's book The Righteous Mind, because I wonder whose side I'm on.  Mooney thinks there's something especially distorting about brains on the right, while Haidt thinks liberals and conservatives are guilty of their own distortions.  This comes to mind because the pressure to discuss parenthood in a way that's politically correct -- that leaves no one out -- is a peculiarly left phenomenon.  If someone wrote a book called The Liberal Brain it would have a very long chapter on political correctness.

Anyhow--the politically incorrect thing I'd like to say about parenthood is that people want to have a child who comes from them.  Being the source of a new human being is thrilling and satisfying.  Note: this isn't a question of simply sharing genes. With all due respect to my brothers, it's not thrilling in the same way to have a brother, though you share as many genes with your brother as with a child.  The child, but not the brother, comes from you.  Nor is the joy really a question of shared genes at all.  I enjoy the fact that the kids who come from me both have blue eyes, though I'm a hazel-eyed member of a dark-eyed family  (but apparently a blue-eyed gene carrier).  I enjoy the fact that my daughter joined the choir, though I can't imagine wanting to sing in a group.  I would enjoy the fact that my children come from me even if I didn't have a clue about genes--what's satisfying is 'coming from" itself, not the genetic backstory.

Now, saying all this does make me nervous.  After all, I'm a good liberal, and a good liberal does not want to leave anyone out.  I don't like the feeling of glorifying an aspect of parenthood that some people will have to live without.  When I was trying to become with child 16 years ago, I spent quite some time in close contact with people dealing with infertility.  Some of them were never able to conceive. Some moved on to adoption.  One adopted and then conceived.  There is a lot of pressure to say that whether you adopt or conceive, you wind up with exactly the same thing--a child to nurture. The nurturing is the real treat, not being the source of the child.

Only it's not entirely true. Being the source of a child is thrilling, and I think most people will work for years and years before adopting because most people want to experience that.  So what's a good liberal to do?  Value pluralism to the rescue!  If I say that "coming from" is something people want, it doesn't follow there's nothing else they want.  If you read memoirs of adoption (like Scott Simon's) you can see that the desires and satisfactions of adoption are different, but deep.  He talks about a feeling that might be the counterpart of the "coming from" feeling--it's the feeling that a certain child was "meant to be" yours.  Kismet made that child come into your life.

Now--you might say--the "meant to be" story isn't as true as the "coming from" story.  It's more of a poetic gloss on the experience of adoption, as opposed to having a basis in fact. But maybe what's going on here is real enough--it's the beginning of love and commitment, and really does feel like "meant to be."  Lots of people start romantic relationships with exactly that sense of fatedness.

Perhaps the two feelings--"comes from me" and "meant to be"-- are separate and different roads to the same destination--child of mine.  The liberal in me won't let me say the biological road is better, and maybe it really isn't better.  It's undeniable that adoption has a plus ethically--I don't think we benefit children by creating them, but we do by adopting them.  Perhaps the experience is also every bit as magical--Scott Simon's memoir makes it seem so. In any event, it's important that you wind up with child of mine.  Wanting to nurture a child is obviously one of the big motivations of parents, but nurturing mine is very much at the heart of the experience.

I think its totally fair to value having a child come from you. But the real question is, is this value something we ought to prioritize over adopting a child?

Like you said, we don't benefit children from creating them, but we do benefit them when adopting them. So why preference our own personal satisfaction, over the tangible benefits that we give to an adopted child?

Now the whole mine not mine thing... With women, obviously there is a easy way to tell if its yours, but with men, its not so easy. Historically, men never really knew if their offspring wasn't theirs until only recently.

I wonder if women who have had babies implanted in them from egg donors feel as if that baby is just as much theirs. Clearly, surrogates have had those experiences. Is your cat any less yours? I know that its one thing to care for MY cats, its a whole other thing to be a pet-sitter for someone else's animals.

I definitely see how it's morally better to adopt, but (gut level intuition) it seems to me there's an entitlement to try to have a child that "comes from us". It's like being entitled to prolong your own life with expensive medical care, even though the same money could be used to save 10 people. I think childmaking is in the same zone of allowable self-involvement as self-preservation and self-defense. I don't know about men feeling that any less, granted there's less certainty. Actually, even adoption is going to distract you from the point of the view of the universe. It's incredibly expensive to adopt one child, and then you'll dote on the kid and spend lots of money on college, etc. Having a cat too--it's very hard to make any creature "mine" and then give impartial attention to all creatures of the same kind. "Mine" is a problem, ethically, but surely not forbidden.