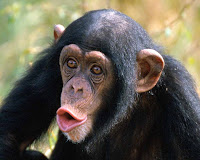 Postcard from the deep, deep interior of Jeff McMahan's book, The Ethics of Killing ...

I'm surprised he's so uncritical of Kantian notions about respect. I can't bring myself to believe even for a minute that respect is owed to others solely on the basis of moral autonomy.

Say we discover there are aliens somewhere else in the universe. At first, all that we know is that they've also discovered us. In fact, they're about to embark on a journey to Earth. We're a little worried about whether this is going to be a joyful encounter, or they're coming to enslave us or use us for food. Gradually, we gain more information about them, and on that basis we must decide how to proceed.

The Kantian thinks that if we discover the aliens have the ability to make their own choices in light of their own sense of good and bad, right and wrong, then we must respect them. In fact, discovering this about them will reveal them to be our equals. If we found out they were both morally autonomous and superb artists, they wouldn't be worthy of any more respect than if we found out they were just morally autonomous. Plus, their moral autonomy would have to earn our respect, no matter how it played out. They would deserve the same respect whether their civilization resembled contemporary Sweden or Germany during the third Reich.

I don't think respect, thus keyed just to moral autonomy, has any psychological reality. In other words, this isn't how respect really works. In reality, respect is a response to many different assets, and it allows of "less" and "more." The Kantian notion of respect shows all signs of being a contrivance. It's not inherently credible, but an attempt to solve a problem--the problem of explaining why humans are equal and special, and why animals completely lack moral status.

Starting with a more psychologically realistic and reasonable understanding of respect, I'm afraid we don't get the results that Kant wants. Animals are not completely lacking in moral status because there are many things about them that elicit respect. If you read books about animals and watch nature videos, you can even observe your own respect for a species increasing (or decreasing) as you learn more about the animal's capacities. Unless you've been to a Kantian reeducation camp, you'll agree that it's respect that you're feeling when you find out about the intelligence of crows, the creativity of bower birds, the emotional complexity of chimpanzees. Respect is a response to a multitude of merits, and comes in degrees.

McMahan says the "morality of respect" applies only to human beings, and a "morality of interests" applies to animals ("Kant for people, Utilitarianism for animals," in the words of Robert Nozick) but I think that's wishful thinking. Respect, as we really feel and understand it, isn't limited to humans.

Not only isn't respect limited to human beings, but there are animals who I respect more than certain human beings, for example, the Wesleyan University stalker. There are two kinds of respect: merit respect (I respect
John's intellectual honesty) and ontological respect, which is an attitude towards the world or towards Being. Certainly, some animals merit my respect more than certain human beings do. As to what I call ontological respect, all Being can be treated or viewed with respect.