Can New Atheists be Utilitarians? (The Moral Landscape) 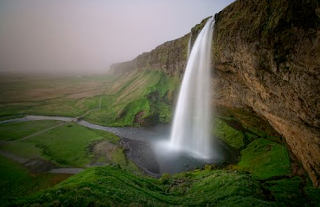 Previously on The Moral Landscape-- Are Liberals Relativists?, Morality Denialism, Good and Evil

The story so far: Harris wants to persuade us that science can discover moral truths--which are (basically) truths about well-being. He defends a scientifically informed sort of utilitarianism (with details yet to be ironed out). This is supposed to overcome the rampant (?!) relativism of secular liberal academics and the irrational, religion-based morality accepted by everyone else. Harris is trying to put us in a position to say that honor killings and public stonings and laws forbidding gay marriage are all wrong--really, truly wrong.


I have objections to his take on liberal academics, as well as his story about the line between science and ethics (see my earlier posts on the book); but OK. I want to say that honor killings (etc) are all really, truly wrong; and I agree that the reason has to do with consequences for human well-being. So let's move on.

Unfortunately, moving on means moving into a fairly loose collection of topics. The primary argument of the book is really over by the end of chapter 2. I don't really see the point of chapter 3's discussion of belief. (Is it aimed at someone who can't imagine that beliefs are in people's heads?) Then we get to a percussive discussion of religion in chapter 4, and wrap up with a chapter on happiness.

So it's time for a final assessment. Here's what worries me about this book. Harris defends a science-based utilitarian ethics, but doesn't actually employ it consistently. It's employed in the service of standard new atheist positions, but otherwise ignored.

Take what he says about the infamous Danish cartoonists. Several times, he says, uncontroversially, that it's wrong (really, truly wrong) to riot because of cartoons. Of course it is--because the riots caused scores of deaths. They reduced well-being.

But what about the cartoons themselves? Utilitarianism forces you to ask the question whether it was right to publish them. You have to look at all consequences to answer the question--including those due to other agents, like rioters. It's complicated. You could reach different conclusions.  But Harris doesn't even acknowledge the question.

Another example is the way Harris looks at Chris Mooney and Sheril Kirschenbaum.  If you may recall, Francis Collins is a good ally for science educators, they think, because Collins reassures Christians that one can accept science and evolution without losing one's religion. Collins' life story is proof of that. Harris accuses them of trying to "get people to value intellectual honesty by lying to them." The lie is not saying that Collins's science-cum-religion outlook is fraught with difficulty.

Lying is the wrong term for just not saying something, of course, but besides that, it's a term drawn from the wrong moral vocabulary. So is "intellectual honesty." The goal, according to the moral theory Harris is pushing, is increased well-being; utilitarianism says it's morally right to do whatever it takes to succeed at that. Surely there's a case to be made that Francis Collins is good for science literacy, and that science literacy is good for well-being, because it enables people to make better informed decisions on critical, life-affecting public policies (on matters like stem cell research, climate change, sex education, vaccinations, etc).

Harris's attitude toward impure alliances contrasts markedly with Peter Singer's--Singer the well-known utilitarian (who's also an atheist). In The Life You Can Save he explicitly appeals to religious outlooks as support for very strong obligations to the poor, even though he himself has major objections to those outlooks, and even sees them as a serious barrier to progress on some moral issues (like animals).

Another example. Throughout the book, religion is a constant topic. Harris wants us to recognize the existence of moral truth so that we'll say the right things about honor killings and the like; his own focus is not on the full spectrum of moral issues. That's OK--religion is what he cares about. But then, shouldn't he care about the whole phenomenon? How can it make sense to highlight religious practices that reduce well-being, without thoroughly considering whether in some respects religion increases well-being? The awkward thing (for Harris) is that a great deal of positive psychology says it does--that's what we're told by Martin Seligman, Jonathan Haidt, Sonja Lyubomirsky, Carol Graham, and many others.

It could be that if Harris gets really serious about the moral theory he's promoting, he's going to soften up a bit on religion, and part company with the other new atheist horsemen. For now, he's mostly still an anti-religion polemicist, and just using science-based consequentialism to reinforce previous arguments, not following it wherever it may lead.

Should you read this book? If you're interested in metaethics, you will get much better guidance from other authors. I hate to sound like a snob, but there are experts who do this stuff, and I don't think this book establishes Sam Harris as one of them. But if it's new atheist polemic you're looking for, he's "the one." He's a good writer, and this is certainly a quick and exciting read.

That's the end of religion week--brought on by the combination of Sam Harris's new book and the CfI conference.  Enough already. Now we'll get back to regular programming.

First, thanks for the review surprisingly not many seem to have surfaced yet.

So while I would like to add my own caveats or nuances to your critiques I must ultimately agree that the book was unconvincing, enlightening or at the least not that helpful.

In any case I am commenting because I would like clarification on the following point:

>>But what about the cartoons themselves? Utilitarianism forces you to ask the question whether it was right to publish them

Let me be straightforward by saying that I have a "freedom of speech" bias and that I understand your point but are you seriously comparing the scorn felt by the rioters to the pain/utility of the deaths that they inflicted as a result?

The comparison seems silly to defend, i.e. I broke your pencil so you shot me in the face, but I did break your pencil.

I don't really follow this. From a utilitarian standpoint, hat the cartoonists had to think about was ALL of the consequences, down the line. The consequences don't end with the scorn felt by the rioters. They include the rioting, the impact on ~72 other "Kurt Westergaards" etc. Consequentialism does not allow you to dismiss any of that as irrelevant to assessing the permissibility of publishing the cartoons. Of course, you also have to think of the consequences of not publishing them--the "chilling effect" on speech, etc. etc. I don't think it's at all obvious that publishing them was the right thing to do, from a utilitiarian standpoint.