Bernie and the Rich

I'm not at all convinced by Bernie Sanders' analysis in today's NYT op-ed.. "Workers in Britain, many of whom have seen a decline in their standard of living while the very rich in their country have become much richer, have turned their backs on the European Union and a globalized economy that is failing them and their children." Are these workers really preoccupied with the rich getting richer, or do they feel threatened by immigrants? Those are not at all equivalent.

In his next paragraph, we get more about the rich and the "unimaginable luxury" they enjoy--supposedly that's fueling support for both Leave and Trump. But wait--Trump is the embodiment of absurd wealth and unimaginable luxury. He's Mr. Luxury himself! There's no way his supporters are driven by resentment of the rich. Resenting poor Mexican immigrants is (duh) not the same as resenting the rich!

And then there's all the stuff about how globalization is increasing inequality and poverty. Is it really? The bottom billion used to be defined as those living on less than a dollar a day, but now they're the people living on $1.25 per day. On lots of economic parameters, things are getting better around the world, and as I understand it, this is partly due to globalization. Bernie says "the global economy is not working for the majority of people in our country and the world" but prosperity is going up around the world, and even if it's fairly stagnant in the US, it's already extremely high, comparatively speaking--in fact just about the highest in the world!

Some paragraphs of this op-ed truly just sound just like Trump. "Americans should not have to compete against workers in low-wage countries who earn pennies an hour." Should we really go back to a time when the poorest people in the world were even poorer? Setting aside the moral problems with that trajectory, how's that going to give us foreign markets for our goods? How's that going to make the world more peaceful and cooperative?
5 comments: 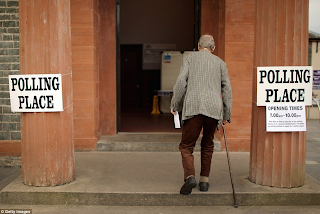 Big news!  I'll be publishing a third book some time in the next year.  The tentative title is The Philosophical Parent: Asking the Hard Questions about Having and Raising Children.  The book is under contract with Oxford University Press (see table of contents at the tab above). Let's pretend the mother in this picture is actually reading Plato to herself, while her daughter enjoys gazing at the ducks. She could be the philosophical parent.
2 comments: