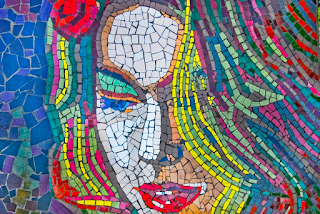 Two quick thoughts:
(1) Is this rather like the concept of species? According to modern biology, as I understand it, species do not have essences: there is no defining trait or set of traits that is possessed by all and only members of that species. That doesn't mean that species do not exist; rather, they are real populations of closely related individuals -- clusters of individuals similar in various important respects.
(2) Where does the Rachel Dolezal story fit into this question? She claims to be black, identifies with black people and their struggles, and yet the politically correct response appears to be "How dare she claim to be black when she has no black ancestry!"

I'm one of those whom you mention above who does not spend much time feeling like a member of their gender or of any gender at all. Gender is not an important part of my conscious sense of identity, although I check the box "male" in forms without any problems or doubts and always have.

However, if some people find it important to be recognized as members of a certain gender, why not recognize them? That seems like the decent thing to do.

The difference with Jewish identity is that being Jewish is a very traditional thing and that it comes from the days when people had more essentialist ideas of who one was, when your identity was more or less fixed at birth and when society was a lot simpler, with radically fewer identity options.

We now live in a more liquid society, with many more options for defining who one is. I don't believe that anyone ever thought much about gender identity in the
17th century, while being a Jew or not was already something people reflected on back then: for example, the case of Spinoza. Thus, since the issue of gender identity arises in much more open and liquid society, we should treat it accordingly.