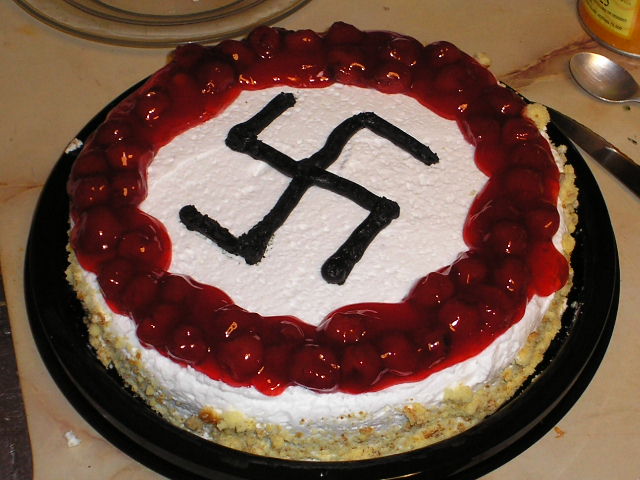 Good point about Stewart's logic. I confess to being a bit sympathetic to the conservatives on this one (although I don't really have a settled view on the matter). And how about this as an example: suppose a gay baker decided that, as a kind of protest against the fact that gay marriage isn't universally allowed, she wouldn't do cakes for heterosexual weddings. Does that strike you as something she shouldn't be able to do?

It seems like the reason in that case would not be discriminatory. Yes, different couples would be treated differently, but not for a pernicious reason. You can reject white actors if you're casting someone as Martin Luther King...etc. Likewise, you can turn away straight couples, if you're a baker protesting marriage inequality. It's the reason that matters not the external facts alone.

Discrimination in its original meaning is not necessarily a bad thing. Because it's important to be able to discriminate between red and green when operating a motor vehicle, perhaps we ought to discriminate against colour-blind people when it comes to driver's licences. By contrast, discrimination in the sense of bigotry means treating someone unfairly or in an unjustifiable manner.

It is commonly held that people who are competently able to engage in an activity should not be discriminated against for qualities over which they have no control (e.g., sex or skin colour), but may be penalized for anti-social choices they make. On this basis, those gays who are gay by nature (born that way), as many claim to be, ought not to be discriminated against. But what about those (e.g., some lesbians) who say they have chosen to be gay? It would seem that a marriage official who believes that same-sex marriage is a threat to society ought to be excused from officiating at weddings of the latter but not the former.