Over Thanksgiving I got to thinking a lot about entification, for a lack of a better word. We take a lot of long walks when we're in Central Pennsylvania, and what's a long walk for but to get some things figured out? Plus, you have a captive audience.  In this case, mostly my son, who has an amazing tolerance for discussing strange things.

So, entification. I've been reading The Metaphysics of Gender, by Charlotte Witt, and she builds on the ontology in Lynne Rudder Baker's book Persons and Bodies. Here's what they'd both have us believe: a human organism is conceived, develops, gets born, and develops a first-person perspective. At that point, a second entity emerges--a person. The person is constituted by the original organism but not identical to it. Because of the constitution relation, the person weighs just what the organism weighs. Because of the non-identity, though, there can be a difference in the properties of persons and organisms. In particular, they can differ in their modal properties. The organism could exist without having a first-person perspective--it did, early on, and may once again in senescence. But the person has a first-person perspective essentially. It couldn't exist without it. 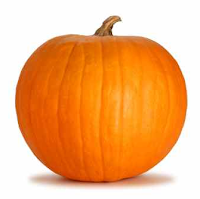 Wonderful. But how does all this entification really work? I'm tempted to think (at the moment) that it doesn't work.  Think about this over time.  A fetus starts developing, becomes fully developed, and comes to have a first-person perspective at time t (some time after birth).  Prior to t, there's just an organism. At t there's an organism with a first-person perspective. The organism doesn't have the FPP essentially. It existed without it prior to t. It just has it, but not essentially.  We are to believe that, also at t, a new entity comes into existence--one with different modal properties from the organism.  But--why?  Something (the organism) comes to have a new property, and has it inessentially.  That's the whole "trigger" for entification (so to speak). From what I can tell, there's just nothing here to account for the "birth" of a new entity, with different modal properties from the old one.

If entification is that easy, it's going on all the time, everywhere.  First you have a mere pumpkin. You then carve it into a Jack-O-Lantern and put it in front of your house, so that it plays a role in the Halloween tradition. It beckons children to knock on your door and say "trick or treat".  The moment all that is true is (I guess!) a moment of entification. The pumpkin doesn't just acquire the property of being a Jack-O-Lantern, but a new thing comes into being--a thing that is essentially a Jack-O-Lantern.  There is now a Jack-O-Lantern constituted by a pumpkin, not just a pumpkin.

But no (come on!) that story really makes no sense. All that happened is that the pumpkin got some new properties--it got hollowed out, acquired a face, got put outside, beckoned some trick-or-treaters. How can a thing acquiring some properties (inessentially) generate a whole new entity? And how could that new entity be one that has the new set of properties essentially?

Now, granted--if I am looking at a Jack-O-Lantern, I find it intelligible to describe it either way. I can focus on the mere pumpkin and say the face, candle, role in trick-or-treating, etc., are all inessential. I can focus on the carved pumpkin, on the other hand, and say that the package of Jack-O-Lantern features are essential. But I can't explain how can it can be that you start with a mere pumpkin (JOL features inessential), give it the JOL features, and wind up with a new entity that has the JOL features essentially.  If I take the initial entity seriously, as what really exists, I just cannot understand the recipe that gets you (out there, in reality!) from the mere pumpkin to the pumpkin that's a Jack-O-Lantern essentially -- the Jack-O-Lantern* (where an A* is an A that's essentially an A).


Now, constitutionalists are very happy with lumps of clay that start constituting statues* (things that are essentially statues, unlike lumps of clay), so I suppose they are going to be happy with pumpkins that start constituting Jack-O-Lanterns* (things that are essentially Jack-O-Lanterns, unlike pumpkins). But I wonder if they are really happy with all of this, as opposed to liking constitutionalism about organisms and persons, and therefore getting on board with the rest.  There may be reasons to like this story about us, beyond the reasons to like it (or dislike it) in general.

Consider the alternative (or, one alternative).  The human organism develops over time, and has the property of being a person during a certain phase of its existence, but never essentially.   Of course, on that view there are still persons.  There are just no persons*--things that are persons essentially. The property of being a person is like the property of being a child, an adult, a parent, a citizen, etc.--it can be acquired and lost during the career of a single individual.  If there are just human organisms, it's hard to avoid thinking that my organism started to exist very early on--before I was born, and maybe even very early in my mother's pregnancy. If "I" referred to a person* defined in terms of a first-person perspective, then "I was once an inch long" is false. If "I" refers to an organism, then "I was once an inch long" is true. To get the sentence to come out false, you might think it's good to separate persons and organisms.

I think the totality of linguistic data does not, however, all invite a distinction between persons and organisms.  Charlotte Witt invites us to agree that her adopted daughter Anna, who was born in Vietnam, would have been a different person if she'd been born in America. Conversely, I suppose, she thinks this is true: "I would have been a different person, if I'd been born in Vietnam."  This is naturally construed as being about a certain organism, so "I" refers to the organism involving my DNA.  For the sentence to be true, "being a person" has to be a predicate like "being poor." It says something about the attributes "my organism" would have had, if I'd been born in Vietnam, not about which entity I would be. If you thought "I" referred to a certain person*, it's at least harder to understand what the sentence is saying and how it could be true.

Then again, I'm loath to lean too much on "what we would say", since we say many very odd things about who we are or would be, under various circumstances.  A recent New York Times editorial invited us to trace our pasts back before the moment of conception. "Think about your own history. Your life as an egg actually started in your mother’s developing ovary, before she was born; you were wrapped in your mother’s fetal body as it developed within your grandmother."  We will inevitably have to throw out a lot of what we would say, if we're going to make sense of what we are.

Anyhow. What I want to know is how (on earth) you start with a pumpkin, just add Jack-O-Lantern properties, which are inessential to pumpkins, and wind up with a Jack-O-Lantern*. You can lay down some necessary and sufficient conditions that entail that yes indeed, it happens, but that's not necessarily an explanation. Explaining how Jack-O-Lanterns* come into existence seems impossible, really, as the supposed precipitating event--a pumpkin getting some inessential properties--just does not seem like the right sort of thing to generate the very same properties being instantiated by a new entity essentially.

You, a human animal, elect to undergo a new and extremely advanced surgery in order to extend your life and give you new capacities. What the surgery does is replace every single one of your organic components with a mechancial one.

Because this is a very advanced surgery, they are able to exactly replicate all of the relevant brain functions such that you precisely the same memories, inclinations, dispositions and thoughts as you did prior to the procedure. All of your friends and family are quite certain that "you" are still "you." Certainly YOU are still certain you are "you."

Clearly "you" are no longer an animal, you are a machine. Also clearly you are a still a person, perhaps the same person.

Such a story seems to be the basis that many philosophers have that we simply cannot be human animals that happen to have a partiular first person perspective. There seems to be no logical barrier to extending that selfhood to some other "vessel." Perhaps there is a metaphysical impossibility here, but not a lgoical one.

The story is instructive in this additional way: I think no one has any difficulty thinking that someone who has their arms and legs replaced (or merely removed) is still the same person (at least in a moral sense). Similarly if all the organs in your chest were replaced by working replicas. But when it comes time to replace the brain: this is where we run into trouble. Why do we even bother with the animal? Are persons not clearly coextensive with brains? The animal body seems a clear superfluity except insofar as the body needs to feed the brain particular kinds of stimulus.

Faust-- That's a very helpful comment. There are various standard "moves" but I want to ponder carefully. Will come back to it soon.

It seems to me that "entification" is not something that "happens" in the external world but rather just amounts to the attachment of labels by thinking beings. And as such it is indeed happening all the time. It may be a mistake to yield to the "seduction by grammar" and expect that the structure of our language can really be mapped exactly onto that of reality.

I wonder if the Jack O Lantern example looks different if we replace it with something that would generally be called art. If Titian takes a canvas and adds some pigment mixed to oil with it and keeps doing that until he finishes and calls it Apollo and Daphne, is it absurd to think that some new essential entity has come into being rather than the canvas merely having acquired some new properties? Isn't that part of the reason that we respond so strongly to art in many cases?

Faust ... OK, gave it some thought! I think we could say various things rather than believe in persons as entities distinct from animals.

One option is to say that replacing bits of me so that all functionality is retained, down to the cellular level, makes me persist as an animal. What's so super-special about biological ingredients?

Another thing you could say is that the persisting thing in that thought experiment is a very special kind of body--an animal only contingently and at first, but not essentially. You can believe something persists in that scenario without postulating persons distinct from bodies.

Then again, I get nervous when people say mental properties can be preserved, even with all of those replacements, and even more nervous about the supposition that the very same person continues to exist. There are big problems with that assumption.

Alan, That's what I probably think too, but I can see why the entifiers will not give in without a fight. I think we need a really good reason to think the entification story makes no sense...basically because it's quite popular among philosophers.

Torquil, Yeah, people like that story about art works, and not so much about pumpkins. But if entification works with art works, there's no limit to where it might work. Those who believe in this stuff don't seem to be able to give a principled account of when new entities pop into existence and when they don't. Eric Olson makes that objection very strenuously and convincingly in one of his books.